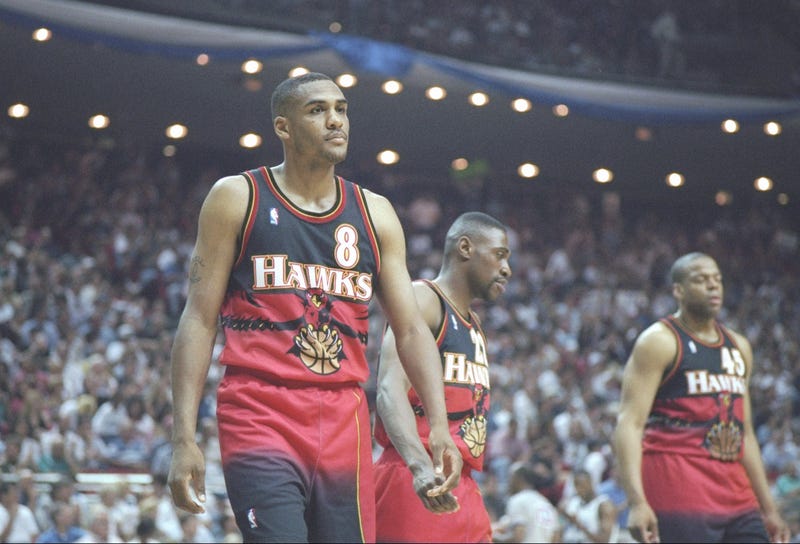 Though the Hawks are ushering in a new era of (hopefully successful) basketball, headed by up-and-coming stars like Trae Young, John Collins, De'Andre Hunter and Clint Capela, their new jerseys actually seem to be turning back the clock.

Rob Perez, a senior NBA producer at The Action Network with a huge Twitter following, obtained and leaked an image of one of the alleged new Hawks' uniforms that the team would unveil next season.

It was just tipped to me the Atlanta Hawks will be debuting the following jerseys starting next season, throwback colors/trim with the theme celebrating “The Human Highlight” era. pic.twitter.com/Dkk8tit7Zv

Sarah K. Spencer of the Atlantic Journal-Constitution claims that the leaked jersey is indeed legitimate and is one of three new threads the team will use in 2020-21, ditching the "volt green" color that had filled the jerseys' numbers since they were introduced in 2015.

From 1972 to 1994, the team's color scheme consisted solely of red, yellow and white. The first time the Hawks wore a primarily black uniform was in the 1994-95 season, when they wore black jerseys with white lettering as their alternates. Their away jerseys have been primarily black since the 2015-16 season. There was a brief spell where the team's alternates were primarily yellow, as well, beginning in 2004-05.