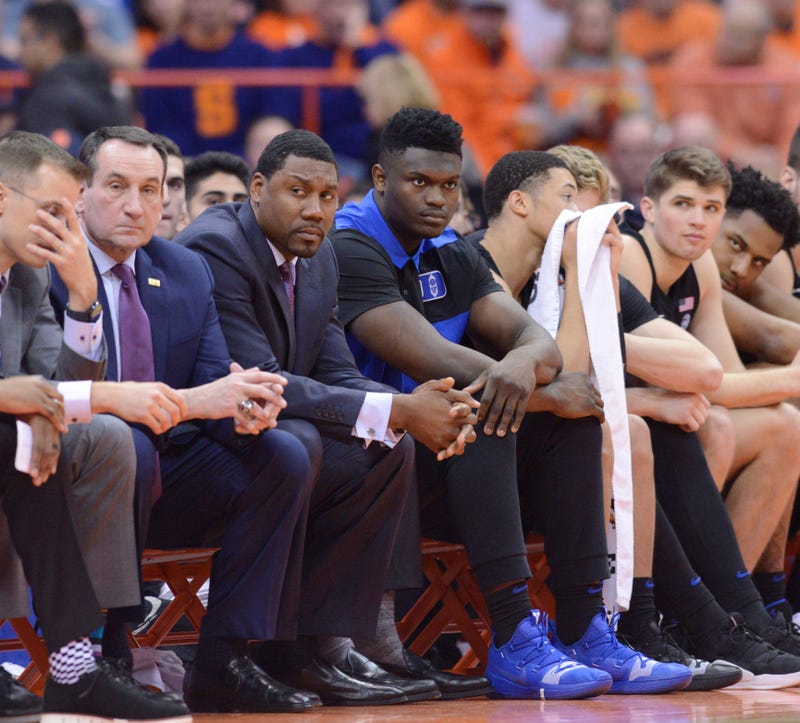 Would Mike Krzyzewski really contimplate retiring if the Duke Bluedevils win the NCAA tournament this year?

What more would he have to prove? There's a lot of speculation that this could indeed be the case, and there's a lot of people that wouldn't be surprised if he does just that. But first, it seems that a decision has to be made on the future (or at least the rest of this season) of his star player Zion Williamson.

In a freak accident  where one of Zion's shoes literally blew up, Williamson sprained one of his knees. While the chance of a full recovery and Zion playing again are great, many are thinking that Williamson should sit the rest of the season out to prevent further injury. After all, hasn't he done enough to solidify himself as the number one overall pick in this year's NBA draft? (assuming he enters it of course)

Sam Crenshaw believes that Zion Williamson will indeed play again this season and that he's attending Duke University for one reason: to win "Coach K" another championship. Sam also believes that there is a very real possibility that Krzyzewski retires after this season if that does happen.

Greg Clarkson, on the other hand, believes that Zion is simply using Duke as a platform to increase his draft stock and shouldn't return because he simply doesn't need to. Because when it comes down to it, aren't they using him as well?