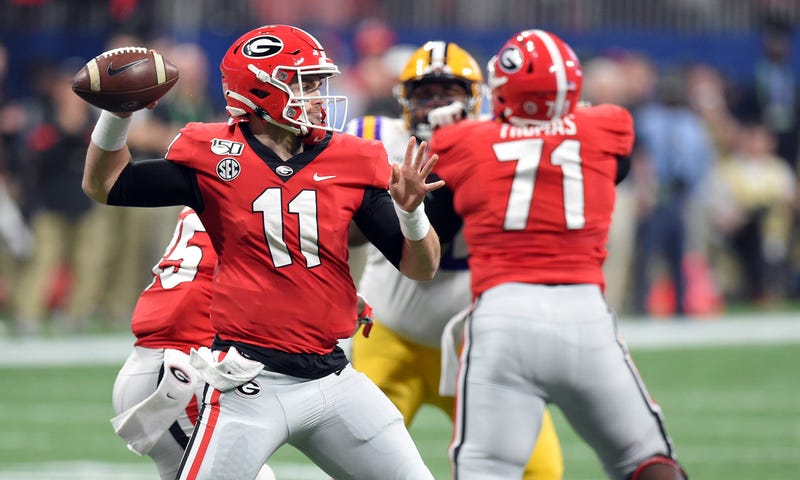 It was Fromm's fifth-consecutive game with under 50 percent completion percentage. It was a mixture of dropped passes, overthrown balls and a depleted offense that made for a lopsided SEC Championship game.

The Bulldogs still have one game left to play this season when they meet up with No. 7 Baylor in the Sugar Bowl in New Orleans on New Year's Day.

Following that, Fromm has a decision to make; play his senior year at Georgia, potentially transfer or declare for the NFL Draft.

ESPN and SEC Network college football analyst, D.J. Shockley, joined Andy and Randy and gave his prediction on what he believes Fromm will do next season.

"I think Jake Fromm is the quarterback for the University of Georgia next year," Shockley said.

"I always thought that when he first started he was a four-year guy and, of course, over the last couple of years, he's played well enough to get into the conversation about being able to leave. But I think the way these last four or five, it leaves a lot of question marks for scouts, and it's going to leave a lot of question marks for Jake Fromm, his ability on the next level, arm strength, all that kind of stuff."