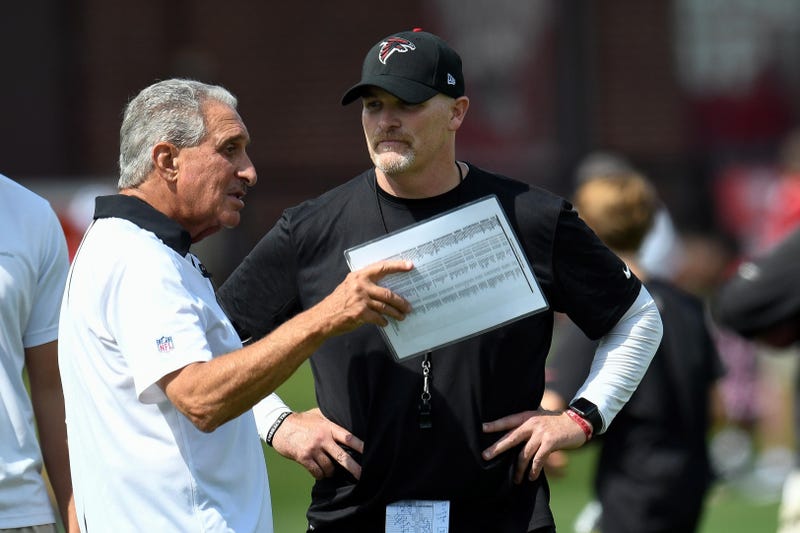 May 14, 2019 05/14/2019 4:10 pm
Football Morning in America's Peter King had an interesting tidbit in his latest 2019 NFL Power Rankings column. King, who has the Atlanta Falcons at No. 17 entering the season, had this to say about team owner Arthur Blank:
"I keep hearing owner Arthur Blank is getting restless. In the Falcons’ last 35 games (the first one in that 35-game string is the Super Bowl loss to New England), they’re 18-17, and they’ve got a $30-million-a-year quarterback and a receiver, soon, likely to be a $20-million-a-year player. Yet a team in the Falcons’ division, New Orleans, scored 90 points more than Atlanta last year. Seems smart to reinforce an aging offensive line, which Atlanta GM Thomas Dimitroff did early in the draft with a new guard, Chris Lindstrom, and a tackle, Kaleb McGary, who could both start this year."

Andy Bunker and Randy McMichael agree that the money is a factor because it hinders the team's ability to be successful if one or two players aren't living up to their contracts.

"We know this already, and this (restless quote) solidifies it: This is make or break for Dan Quinn and Thomas Dimitroff," Andy said. "And if they don't win, there will be moving parts."

Randy agrees saying the Falcons don't need to win the Super Bowl but they need to make it to the NFC Championship if Coach Quinn and Dimitroff want to be back.