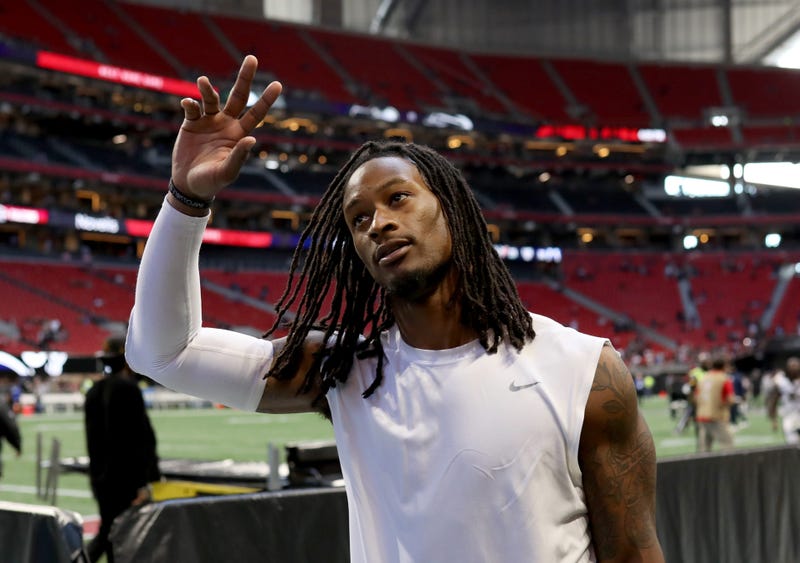 Dr. Anthony Casolaro, co-head physician for the #Redskins & President of the NFL Physicians Society, sent a letter to the NFL & NFLPA discontinuing NFL-related physicals until the health crisis has passed. “Medical resources should focus on those who are ill or in need of care.” pic.twitter.com/1IDLzAvj7y

When free agents around the league agree to terms with new NFL teams, they usually have to await the results of their physical in order for those contracts to be finalized.

This includes running back Todd Gurley, who agreed to terms to a one-year, $6 million contract.

With those physicals now on hold, what does the mean for the Atlanta Falcons? Will they still sign Gurley, who has been dealing with a lingering knee injury since his days with the Georgia Bulldogs?

"If you're signing these guys to these multi-million dollar deals, you've got to get something on them," Randy McMichael said. "You got to make sure before you give them this money that they're whole; that they're healthy."

The questions surrounding Gurley's knee were among the reasons the Rams decided to cut him last Thursday, eating more than $20 million in dead money.

"Todd Gurley (is) going to pass the physical," McMichael continued. "I mean, don't you worry about that. Todd Gurley will be an Atlanta Falcon when it's officially time for them to do a physical and for him to sign a contract."