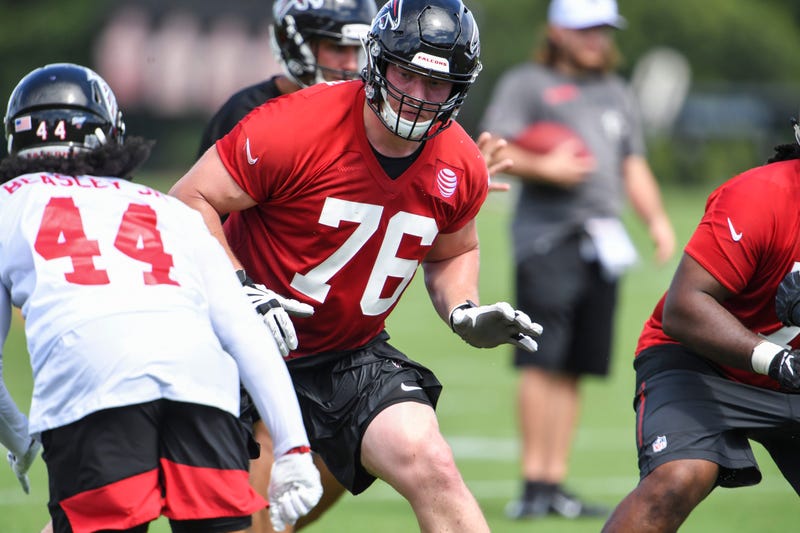 August 30, 2019 08/30/2019 5:32 pm
Atlanta Falcons tackle Kaleb McGary made his preseason debut in the team's final exhibition game against the Jacksonville Jaguars on Thursday night. The rookie missed the first four preseason games after undergoing a cardiac ablation procedure on July 31.

McGary, who played the entire first half, shined as he played opposite Jacksonville defensive end Datone Jones.

"I felt like I proved a little something to myself; hopefully my teammates too," McGary said. "It's definitely a feeling of validation knowing I didn't just get my butt kicked the whole time. It was cool."

The Falcons have an interesting decision to make when it comes to the right tackle position come Week 1 at Minnesota.

"If you study the tape, you'll see that he had the best performance of any right tackle," Randy McMichael said of McGary. "With that being said, does (Coach Quinn) want to start him up in Minnesota the first game against that defense?"

"I think he should but I could understand if he doesn't."

Ty Sambrailo, who's been dealing with a shoulder injury, and Matt Gono are the Falcons other two options on the right side.

"It's my opinion that he should start," Andy Bunker said. "Put your best players on the field...Kaleb McGary is your future at right tackle. What's the point of--if he can go, let him go. Let him get up to game shape as quickly as possible."