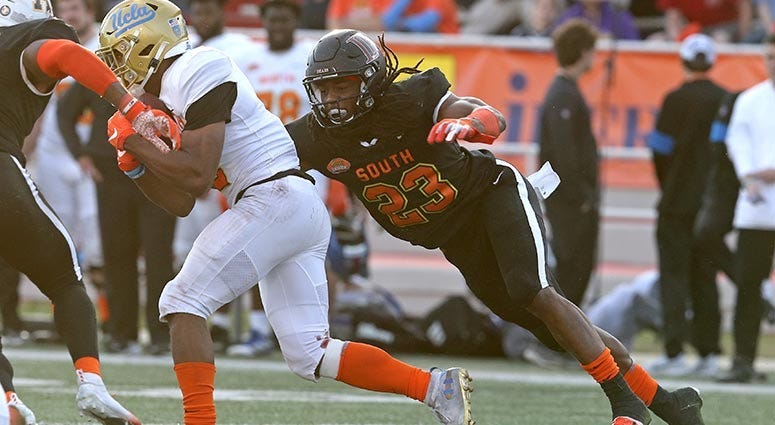 The COVID-19 pandemic that has sent most of America (and all of 92-9 The Game) home to work is also affecting the dreams of some of those hoping to be selected in this month’s NFL draft.  Pro Days scheduled at colleges and universities all over the country the last three weeks have been cancelled.

Matt Manocherian, editor of “The Sports Info Solutions Football Rookie Handbook” and former scout with the New Orleans Saints and Cleveland Browns, says small-school prospects and those returning from an injury will be hurt the most from the canceled Pro Days.

“You’re not going to have reliable testing,” says Manocherian. “Everybody has plenty of film, but you may not have film of how a small school corner defends a 4.4 guy.”

While the disappearance of a Pro Day my hurt some small-school draft prospects from getting a look, Manocherian says, for the most part, the work is done by now.

“Scouts won’t mind (not having a Pro Day) because they already have a beat on these guys,” said Manocherian. “Evaluation is mostly on film.  Testing numbers are more of a filter than the big picture.”

Manocherian expects the draft experience to be different for those watching at home, but says franchises will have to cope with some differences on draft night too.

“How you navigate a draft room,” Manocherian offered as an example. “You won’t be able to have 20 people in your draft room.”