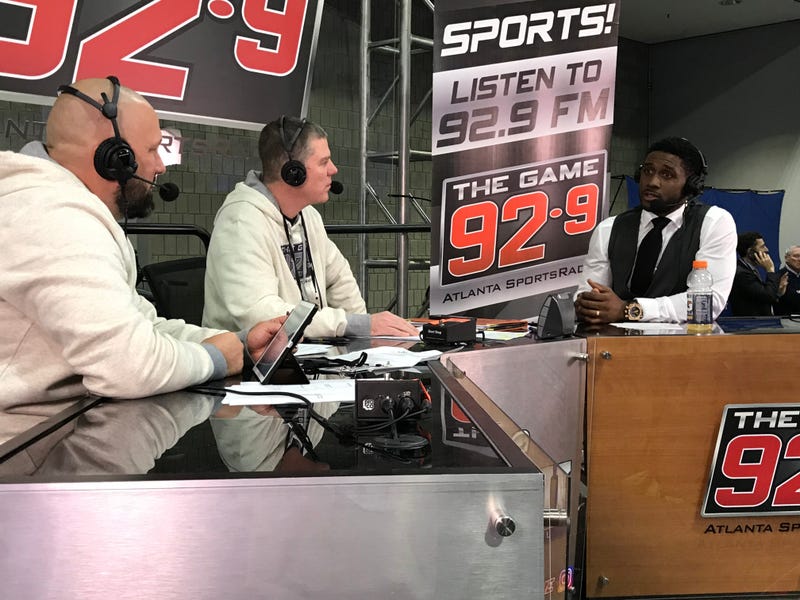 Fomer NFL running back Reggie Bush joined Rick and John on Radio Row at the Super Bowl. Rick and John kicks off the interview by immediately talking about the NFC Championship game and how happy Falcons fans were that the Saints getting beat, albeit by the worst non-call in the history of the NFL. Bush laughed and said that he knew that Falcons fans were biting their nails while watching the game.

Reggie Bush said he still considers New Orleans his second home and is tied to the city, and talked about helping rebuild New Orleans after Hurrican Katrina.

Bush thinks that the Saints fan base was robbed by the horrible no-call in the NFC Championship, and that 'too many games are being decided by referees instead of the play on the field.' Bush thinks that the two referees that missed both the blatant pass interference and helmet-to-helmet calls should not be referees any longer.

Rick and John then asked Bush what it was like to be play with future first-ballot hall-of-famer Drew Brees, "Drew Brees was a consummate professional and natural leader." Bush continued by saying he would always try to be the hardest working player on any new team, and Drew Brees would always already be at the practice field at 6am when he would arrive.

When speaking about the New England Patriots, Bush told Rick and John that what they are doing is not normal, although they certainly make it look that way.

Rick and John asked Bush who the better all-purpose back was between he and Alvin Kamara, and Bush said that he, 'Has to roll with himself.'

When speaking of his USC team, Bush said that they believed that they could beat anyone, and that he is still great friends with several of his teammates. John told Bush that he doesn't care what the NCAA said he is still a heisman trophy winner in his eyes.