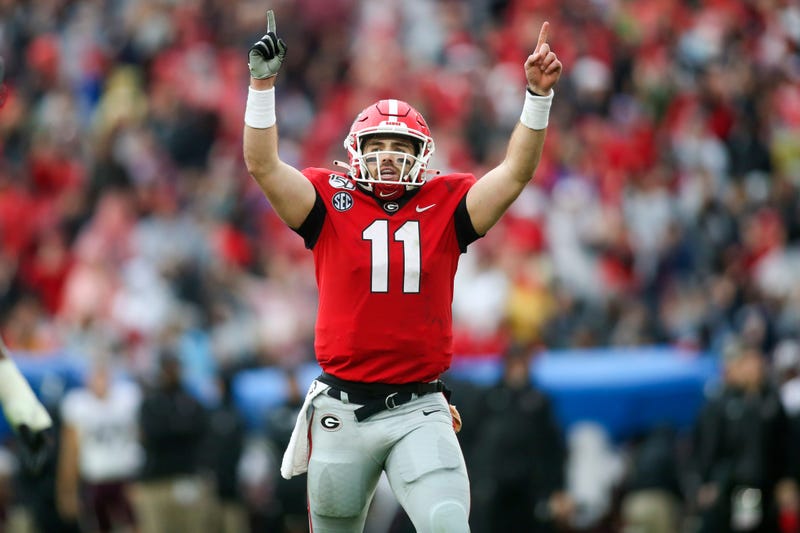 Obviously, we have the biggest CFB game of the year right here in our back yard tomorrow. SEC Championship game (you’ve probably heard of it) #2 LSU vs  #4 Georgia at the Benz is going to be one to remember.

Here’s the problem for me though, all week I’ve been hearing a lot of “takes” or what I like to call “Myths” about the game and how it will go.

These myths are essentially takes and predictions about how the game will go. They tend to sound something like this. “Well Georgia has the advantage because of XYZ” or “LSU is going to win because of this or that”.

My job as the sole authority and unbiased voice of late night sports talk radio in Atlanta is to put on my Mythbusters hat and busts some of these myths for you on the eve of the SEC Championship game.

Myth #1: Georgia has the advantage because they have recent experience in big games in the SEC Championship game?

This one cracks me up. Does Georgia’s recent experience give them an edge? Because three of the last four “big games” UGA has played in they have lost. Two of those four had Georgia blowing leads. The only bright spot is the 2017 SEC Championship game win against Auburn.

Now, if we are going off of the assumption that any experience is good experience than it is correct that Georgia has the edge of LSU here. However, I almost feel like all of those close losses in big games puts extra pressure and weight on Georgia.

I think this idea that Georgia has the edge because of experience is a total myth.

Georgia has all the pressure on their shoulders. If Jake Fromm and Kirby Smart come up short again in a big game, especially the SEC Championship game people are going to be mad for a very long time.

Plus, just to touch on the pressure on LSU. What pressure do they actually have? They’ve won every single big game this year including in Tuscaloosa against Alabama. AND I think 99% of us agree that if they lose to UGA they will still probably make the playoff as the #4 seed.

So let’s bust myth #1. Georgia’s experience does not give them an edge in this one.

Alright this one’s fun because it’s both true and false. Yes, technically if Georgia wants a shot on Saturday they will have to slow down the future Heisman Trophy winner who has thrown 15 touchdowns and only three interceptions in his last five games.

However, the reason we need to bust this as a Myth is because we are all forgetting about one Clyde Edwards-Helaire. This young back has been the as much of the reason for LSU’s success as Burrow in my opinion.

Georgia can still lose this game is they slow down Burrow. They cannot win this game if Ewards-Helaire goes off like he did against Alabama.

I know UGA is great against the run on paper, but much like Burrow, Georgia has not seen a back this good.

Myth #3:  It’s all up to the Georgia defense tomorrow to win. (Probably my favorite Myth.)

I’ve heard this one all week long. “Georgia’s defense is really good and all they need to do is slow Burrow down and they will win.”

Really? So we are just assuming that Jake Fromm and the offense that is without two of its top receivers is going to score at will?

Let me just put it this way. If Jake Fromm’s stats look like this.15/31, 1TD 1INT, it doesn’t matter how good the Georgia defense is playing, they will lose.

There are a lot of myths this week and rightfully so, it’s a great offense verses a great defense. I cannot wait for this game. However, don’t get caught up in all of the pre-game hype. In the end it’s very simple. Stop Burrow and

Edwards-Helaire and pray for the best game of Jake Fromm’s career.