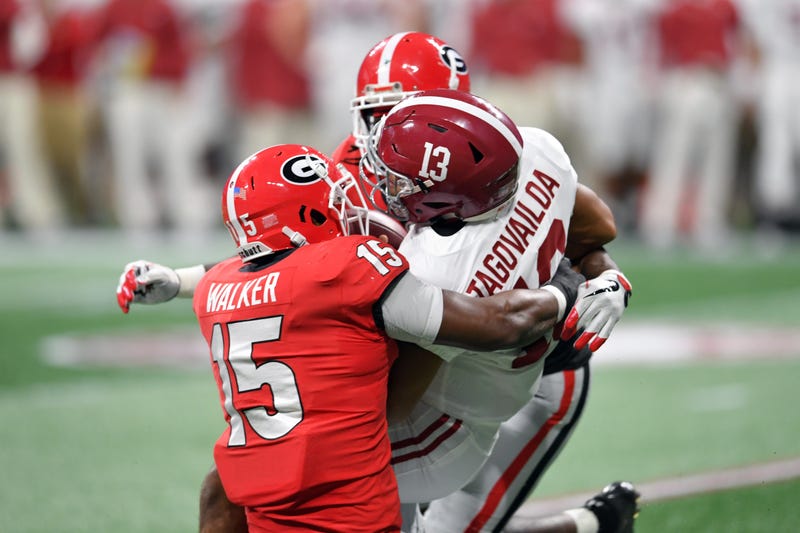 ESPN’s Todd Blackledge who was on the call for both The Cotton Bowl and The Sugar Bowl joined CFB Gametime to recap those games and preview The National Championship game between the Alabama Crimson Tide and the Clemson Tigers.

Blackledge on how lopsided the semifinal games have been in the first five years of the college football playoffs, “The thing is Alabama and Clemson are clearly the two best teams in college football. Once Clemson made the decision to go with Trevor Lawrence I could see that team changing rapidly.” He went on to say, “What Alabama has done is unprecedented. For them to have maintained the level that they have maintained is incredible. With Notre Dame I thought they were going to be able to hang with Clemson but late in the second quarter Trevor Lawrence connected on a couple of touchdowns and the deficit became too much for Notre Dame to overcome.”

Blackledge on Georgia’s performance in The Sugar Bowl, “I don’t think there is any reason Georgia shouldn’t have had a great energy level for a game of that magnitude. I knew how important this game was for Texas. They hadn’t had a major bowl game since 2009 and they hadn’t won ten games since 2009. As the game played out they (Georgia) didn’t match the energy that Texas brought. The news that Deandre Walker wasn’t playing was just as big of a blow as not having Deandre Baker.”

Blackledge on a blueprint for winning the National Title game on Monday night for Alabama or Clemson, “I think these teams are very similar. Both have young quarterbacks that are very capable. In order to beat Alabama you must have strong play at quarterback. Teams with good quarterbacks are the ones that have beaten Bama in the past. The key to me will be if Clemson’s offensive line can hang with Alabama’s defense line.”

When asked if Alabama can win this game through the air, “I don’t think you can be one dimensional and beat Clemson. Clemson’s defensive front will have their chances to get after Tua so Bama will have to have some success running the football.”

Blackledge on the wide receiver cores for Alabama and Clemson, “Both of these teams have good receiving cores and that there will be pressure on both secondary’s in this game.”

Blacklege on the two quarterbacks playing on Monday night, “Both are poised and have great accuracy. I watched a lot of film on my way out to San Francisco and I marveled at both of these guys. Both are mechanically and fundamentally sound with good feet and both are extremely accurate.”