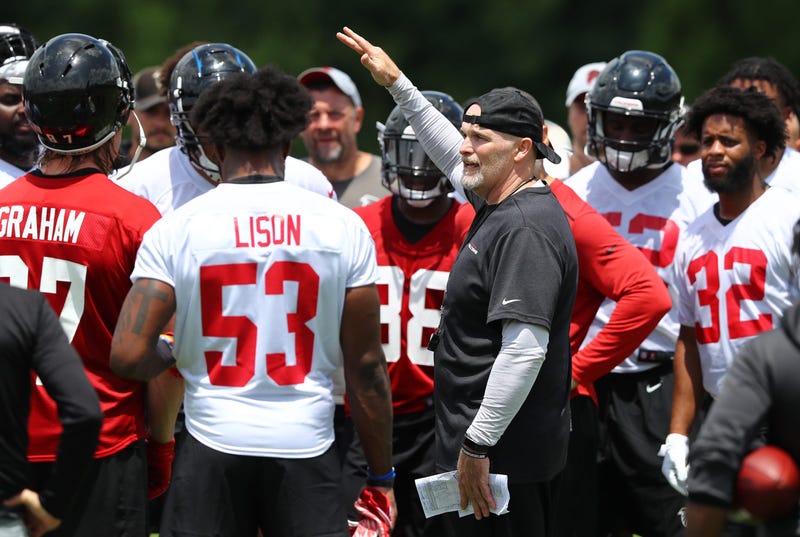 Atlanta Falcons training camp is fast approaching. With Monday being exactly 10 shows until the first practice, Andy and Randy of the Midday Show countdown the Top 10 Falcons' storylines heading into the 2019 season.

No. 10 - Contracts
No. 9 - Coaching Changes
TODAY, No. 8 -- Depth on the offensive and defensive sides of the ball

Our 2019 offensive line will look very different compared to 2018.Mike Mularkey and Dirk Koetter spoke about the growth that the line has made this summer.-- Podcast - https://t.co/Ls2LaIdRFB pic.twitter.com/eEXIYwKHjQ

Defensively, the biggest name the Falcons signed in the offseason was defensive end Adrian Clayborn. He was with the team during the 2015-2017 season. The Falcons also drafted cornerback Kendall Sheffield and defensive end John Cominsky in the 4th round and cornerback Jordan Miller in the 5th.

Are you comfortable with what we're seeing right now as far as what the Falcons depth is this season?

"A little concerned about the outside rusher," Randy McMichael said. "Just because you have bodies--you got to have some good players too. You can't just throw some slackers out there. When I look at the outside rushers, that's my biggest issue. Other than that, they're not bad everywhere else."

There is some concern with the production of Takk McKinley and Vic Beasley heading into this season.

"The area where there isn't much is what you just said," Andy replied in talking about the depth at defensive end position. "The guys that are starting are concerning on that unit."