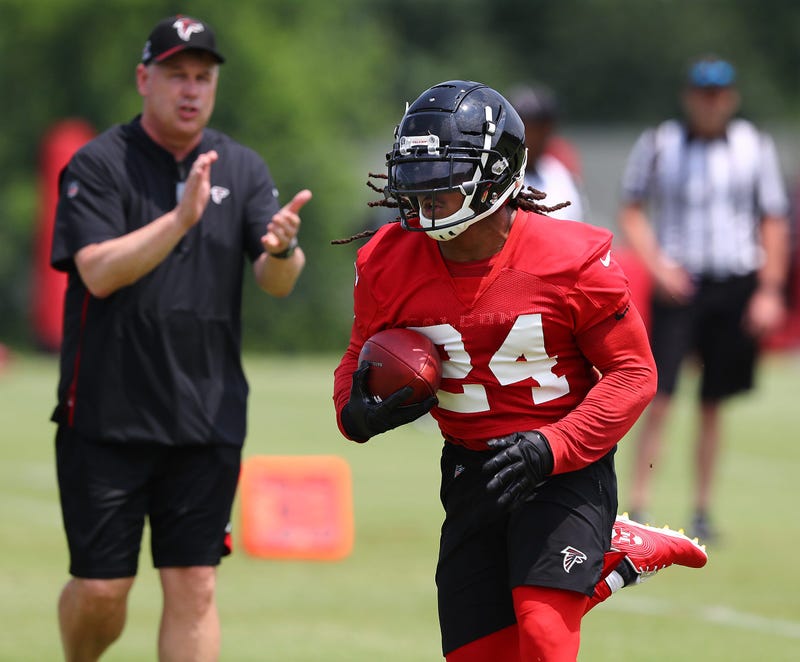 Atlanta Falcons training camp is fast approaching. With Monday being exactly 10 shows until the first practice, Andy and Randy of the Midday Show countdown the Top 10 Falcons' storylines heading into the 2019 season.

Devonta Freeman missed the majority of the 2018 season after suffering an injury in Week 5 against the Pittsburgh Steelers. Tevin Coleman, who assumed the starting role in Freeman's absence, has now moved on to play with former Falcons OC Kyle Shanahan in San Francisco.

Freeman will be the guy to carry most of the load at the running back position with Ito Smith, and perhaps Qadree Ollison, getting a share of snaps.

What should we reasonably expect from Freeman this season?

"You can't," Randy McMichael said. "First, it's the position that he plays, his size, his running style; you just don't know."

Freeman's style is that of a hard runner and runs like he's bigger than he is.