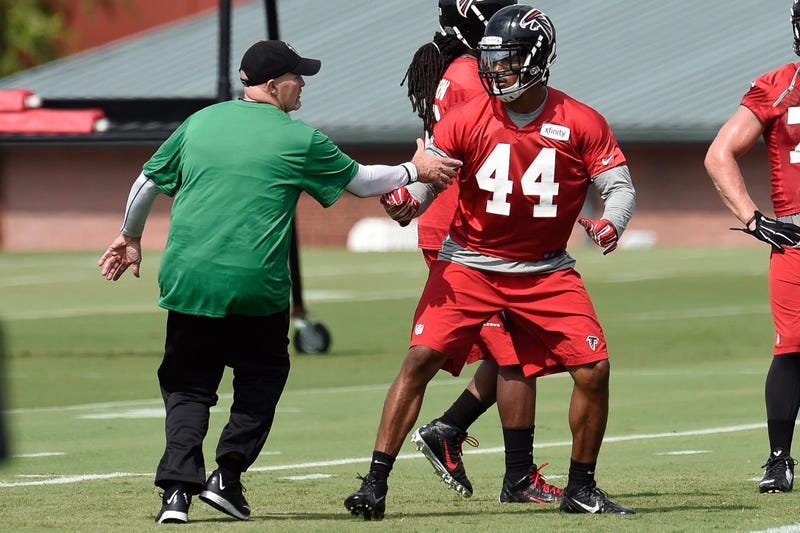 Atlanta Falcons training camp is fast approaching. With last Monday being exactly 10 shows until the first practice, Andy and Randy of the Midday Show countdown the Top 10 Falcons' storylines heading into the 2019 season.

The one thing that didn't change in the offseason was the composition of the Falcons defensive line. We thought they would spend a first-round pick on a defensive tackle, and they didn't. They didn't take one at all the entire draft.

"They think that they're fine with the pass rushers they have in Vic and Takk," Randy McMichael said. "

Beasley's production has fallen since his 15.5 sacks in 2016. He has a combined ten sacks for both the 2017 and 2018 seasons. The number has many fans concerned, especially after Beasley's fifth-year option salary of $12.5 million became fully guaranteed this season.

McKinley on the other hand has been getting a pass. He even proclaimed in the offseason that he will cut off his dreads if he doesn't have double-sack production this season.

"The more talking you do, and the less talented play you show on the field, it's more frustrating," Andy Bunker said regarding Takk.

If you want to talk about any upgrade to the defense, head coach Dan Quinn taking over the defensive coordinator responsibilities could be it. He's going to be coaching these guys to be good which is a gutsy move. But does he improve the defensive line?