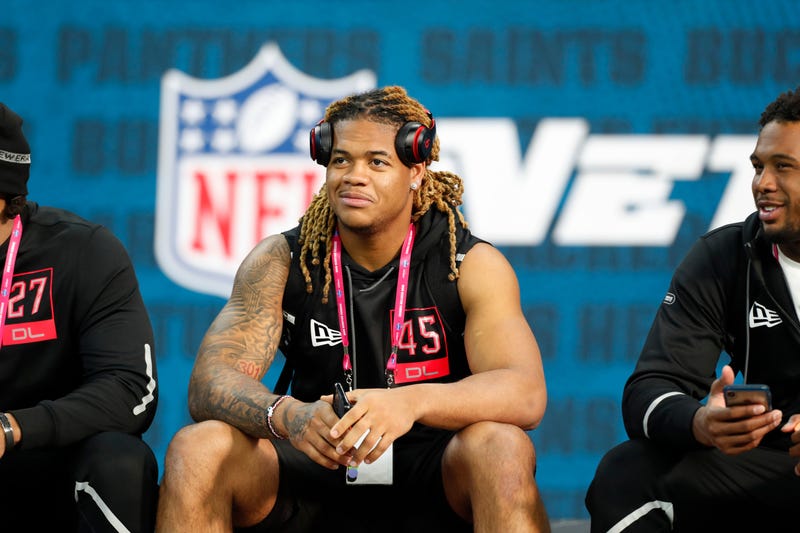 The Atlanta Falcons signed defensive lineman Allen Bailey to a one-year, $4.5 million extension, according to his agent Drew Rosenhaus.

Bailey provides depth for the Falcons along the defensive line with the versatility to play both outside rush or inside. The Falcons also addressed their pass rush by adding DE Dante Fowler.

With the two moves free agent acquisitions to the defensive trenches, it appears the Falcons could be positioning themselves to draft a cornerback with the No. 16 overall pick in the 2020 draft.

All signs pointing to the Falcons drafting a cornerback in the first round... https://t.co/lHjQJ4jFjD

It's a position of need since the Falcons released veteran corner Desmond Trufant last week. NFL.com and CBSSports.com are both projecting the Falcons to draft Florida cornerback C.J. Henderson.

"I don't know that (the Allen Bailey signing) takes them out of the market for other defensive linemen in the draft. I don't think that it should," Andy Bunker said.

"I think that the Falcons should still be loading up on defensive linemen, interior and edge rushers to try to get to the quarterback and make life as easy as possible for the rest of the defense."

With so many holes needed to be filled on the defensive side of the ball, it's hard to tell where the Falcons will go.

"I know everybody wants to trade up, go all in and go get Chase Young," McMichael said. "Is Chase Young on defense--it's going to help, don't get me wrong--but is that going to automatically make you the Super Bowl favorite because you get Chase Young on the defense? No, it's not."