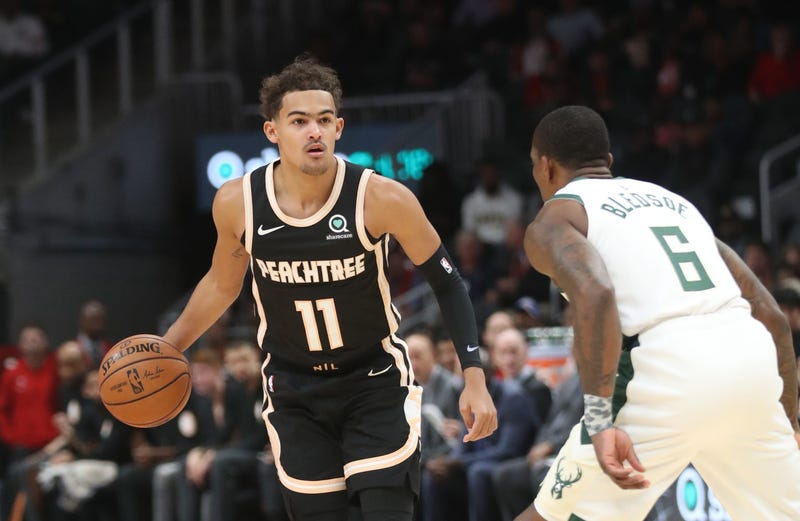 It feels like it was ages ago that the Hawks had paused time, looked around and saw that they were flying high. Flashback to October 29 and the Hawks were 2-1 and coming off of a close 105-103 loss to the Philadelphia 76ers.

They were atop the Eastern Conference and even self-proclaiming themselves as the “Only must-see team in Atlanta.”

They’ve lost 10 of their last 11. Most of them via their favorite way of losing by playing well until the fourth and then losing all ability to score or stop the opponent from scoring.

The rookies have been more down than up. The defense has been bad yet again and the brilliance of Trae Young on a nightly basis has not been enough night in and night out.

Here’s my problem with the Hawks right now. Maybe wait before you start self-proclaiming yourselves as the only MUST SEE team in Atlanta after only three games into an 82-game NBA season.

Prove you are must-see night after night by not losing to teams like Minnesota, Toronto, Detroit, Phoenix, Sacrament and Chicago.

The only “must see” part of this team right now is Trae Young, who’s brilliant to watch but still not at a level where he can propel his team to wins on a given night. He needs help both on the offensive and defensive side of the ball.

Remember at the beginning of this segment, when I mentioned pausing and unpausing time?

When we pause time here in a few weeks and look at the Hawks, the outlook has got to be different. They have got to have turned things around. This team needs to start showing something quick because time is not on their side.

But from what I’ve seen, both of those players would not have made much of a difference.