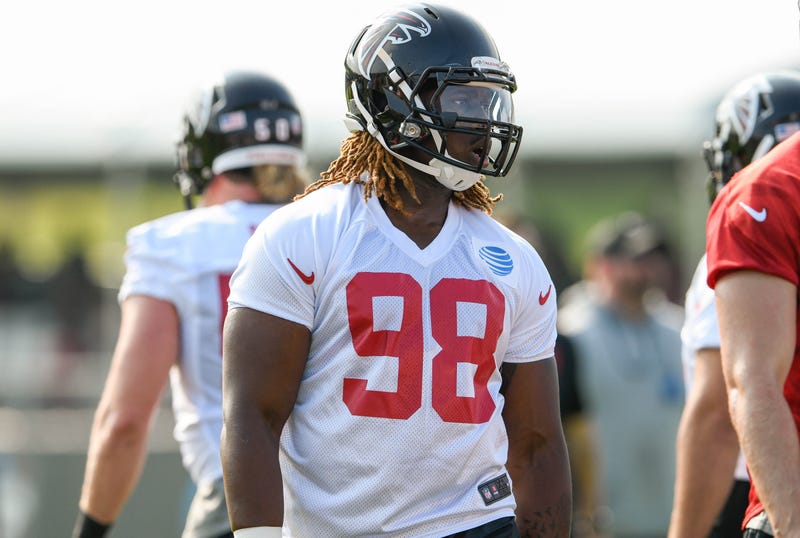 So, why was Takk so short with the media? 92.9 The Game's Jarvis Davis, who was present for the interview in Flowery Branch, told Andy and Randy he believes Takk was still upset from an incident that happened last week.

"I was talking to some people up there, and (Takk) was very upset about the narrative of him getting blocked by (TE) Luke Stocker last week," Davis said.

Practice complete. Highlight was little scuffle between Takk McKinley and Luke Stocker after Stocker stood up his rush. Had to be separated briefly. Good stand by Stocker

"I think part of it had to do with that," Davis continued.

"Working the locker rooms last year...he was one of the guys that was, when you walked up to him and asked to ask him a question, you never really knew what you were going to get."