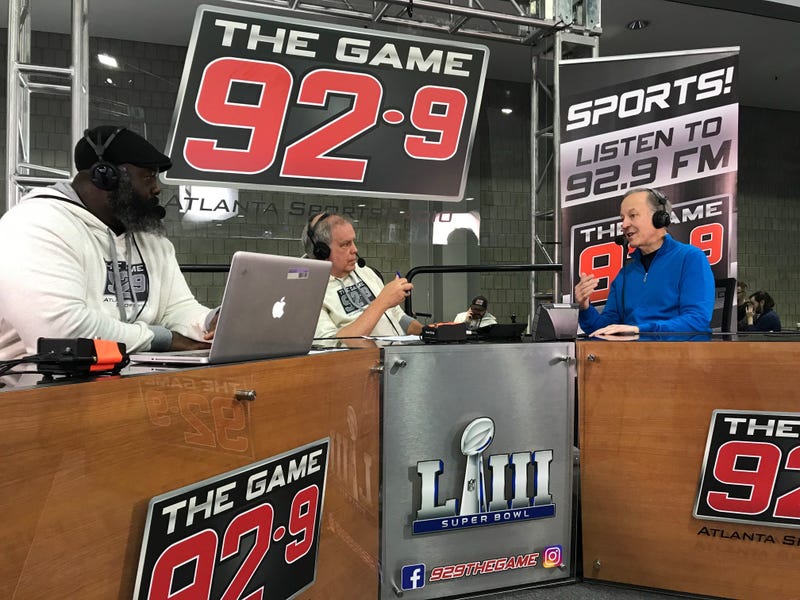 John and Hugh spent a few moments with Showtime and Westwood One reporter and host Jim Gray.

When talking the Superbowl and how the event has grown, "I don't think anyone expected anything like this, there was no Facebook, no Twitter, no American Idol...DirecTV was in it's infancy.

Gray then shared his thoughts on Tom Brady: "the guy is still throwing the football and touchdowns (Tom Brady)."  What are your thoughts on Brady and "You don't see it in his performance".  If he stays healthy and continues his workout regime, to be 41 and in his third straight Super Bowl...you never know."

John and Hugh then asked Gray about covering Deion Sanders: "Deion was a phenomenal athlete and fun to be around.  He had a very gregarious personality and smart about where he picked to play, it was of great design and process.  He wanted to be the first to play in an NFL game and an MLB playoff game, but the Braves didn't make it happen because they were losing and he wasn't able to get in to game."

Elaborating on his boxing broadcasting days, Gray mention how he was the last reporter to speak with the original "Greatest of All Time," Muhammad Ali, and how Mike Tyson told him he was going to kill him - "it was a long, winding rollercoaster, but Mike inducted me into the Boxing Hall of Fame."