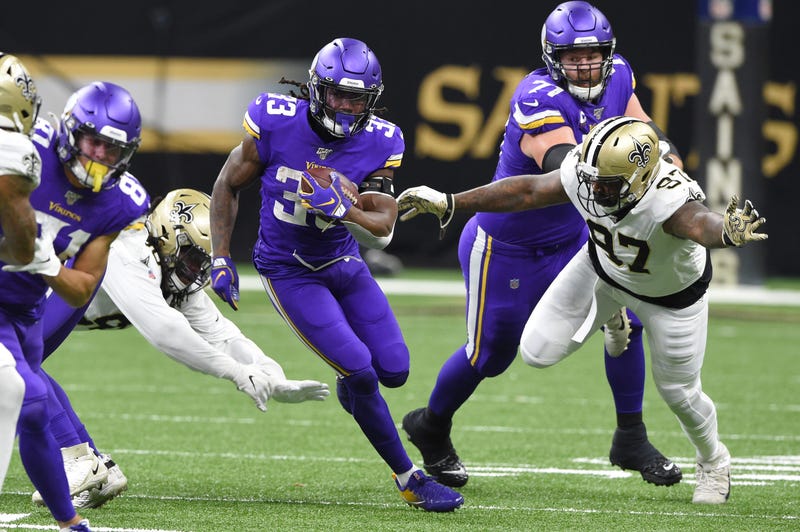 McFadden talked about the key for the Vikings to beat the niners.

“The most valuable player on that offense is Dalvin Cook.” McFadden said “When he’s rolling and successful that opens up other opportunities for guys on that offense, like Cousins, Thielen and Diggs.”

Bryant said he expects the Ravens defense to slow down Titans running back Derek Henry.

“It’s going to be difficult but yes they can.” McFadden said “When you talk about Baltimore you think of Lamar Jackson because he gets all the attention, but that run defense has be great, Henry is a downhill runner, you need to make him run laterally. I don’t expect for Derek Henry to have the production he had last week, he will have some positive gains but he’s not going to run all over that Baltimore defense.”

Can the Seahawks find a way to win on the road at Lambeau field?

“D.K. Metcalf is an explosive receiver, but the thing with him is if he’s not catching deep balls he’s not giving you much production.” McFadden “All the injuries they’ve had in the backfield has really hampered their production, Russell Wilson led the team in rushing last week, that’s a no-no. If they don’t run the football Sunday against the Pack, they’re going to find an early exit to the playoffs.”