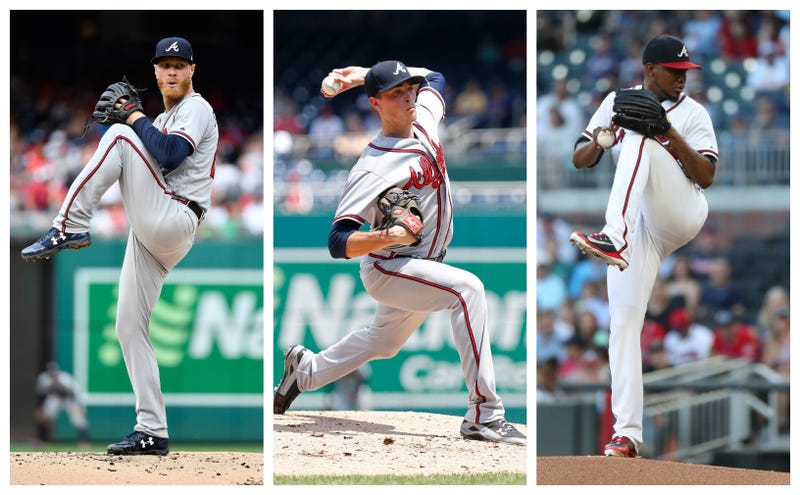 The Atlanta Braves starting rotation has been a work in progress. Between injuries with Mike Foltynewicz (elbow) and evaluating the young arms, it's been a shuttle service back-and-forth from Triple-A Gwinnett.

The Braves have played 15 games in which they've used six starters.

With Folty returning, Sean Newcomb optioned to the minors, the inconsistency of Julio Teheran and the stellar start for Max Fried, who would make up your ideal starting five?

Which five #Braves pitchers would you put in your starting rotation right now? -- pic.twitter.com/v8gr4hFutH

Andy Bunker and Randy McMichael both agree with their No. 1: Mike Foltynewicz.

They have the same five guys in their rotation with only one slight difference:

Neither guy had Kyle Wright, who has started three games this season, as a part of the rotation. They do agree that Wright could be a fit in the bullpen.

"Isn't the most important thing to win?" Randy asks when it comes to guys being relegated to the bullpen. "Do these kids give you an opportunity to win? Can they steal you two innings...why can't you see if that works instead of the Gwinnett shuffle going back-and-forth."