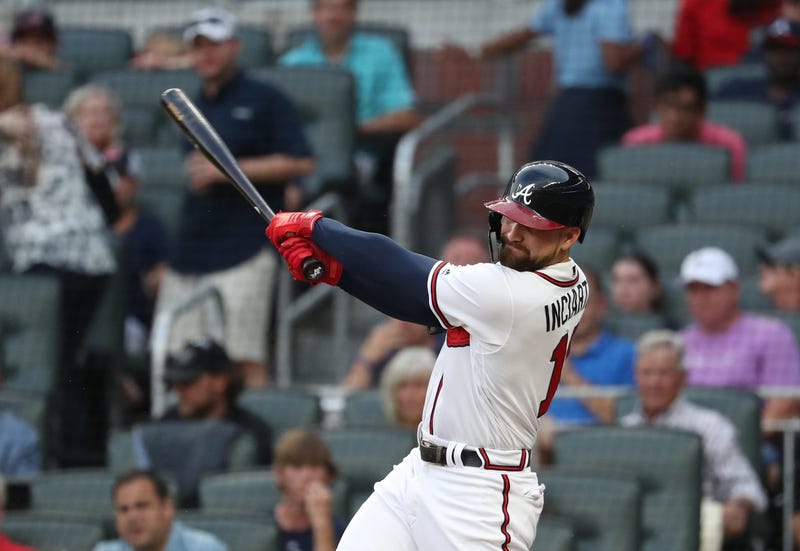 Until Mike Foltynewicz comes back, we already know there's going to be a youth movement with the starting rotation. A really nice way to offset the expectation and pressure that's on those guys would be for the Braves offense to score a lot of runs. If they're able to put up six or seven runs a game, it takes a lot of pressure off these young arms in their first few starts.

In order for the Braves offense to function at their best, who is the most important hitter in the Braves lineup? For Andy Bunker, it's not Josh Donaldson or Freddie Freeman (batting second and third in the lineup) that he's worried about, it's the leadoff spot that currently features Ender Inciarte.

"I'm not as worried about Freddie--I don't think anybody is or should be. I'm a little less worried about Donaldson too," Andy said barring injury. "But Ender Inciarte's been healthy and not hit the baseball before. We saw this last year; he's a notoriously slow starter."

"Not only is it Ender, for me, that needs to be good, it's also Ender getting off to a hot start which he hasn't done the last couple of years."

If Ender doesn't get off to that fast start, if he doesn't produce, Andy could see manager Brian Snitker putting Ronald Acuna back at that leadoff spot.

"I don't want that," Andy said. "I think it's the best thing for the lineup for Acuna to be batting cleanup, to be protecting Freddie; ideally be on base when the table is set for him more often with runners on so he can drive in more runs that way. But I don't think they let him continue to bat cleanup if the leadoff spot isn't at least a solid level of production."

Who would you say is the most important hitter in the #Braves line-up for the offense to be at their best? #ChopOn pic.twitter.com/m8wtjah3Do