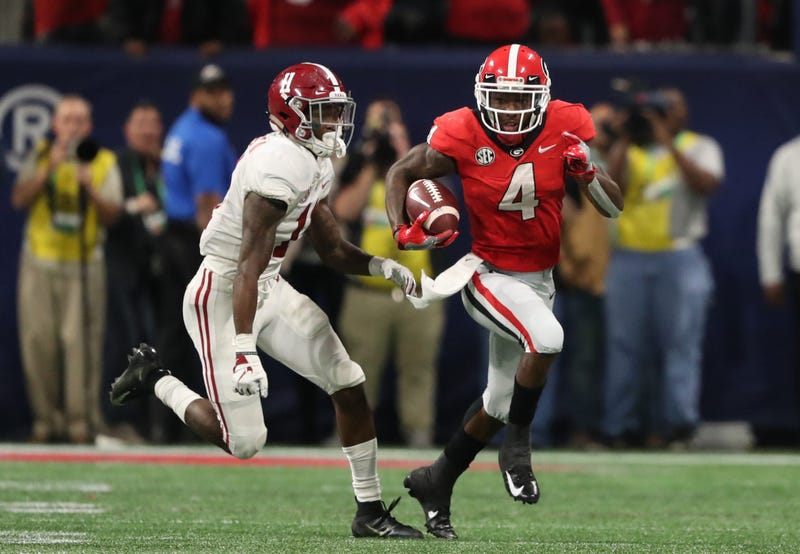 John Fricke and Hugh Douglas are joined by NFL Draft expert and Publisher of the NFL Draft Report, Dave-Te’ Thomas Tuesday on The Morning Show to preview the NFL draft. The conversation turned to the pro prospects of former Georgia Bulldog football players, Elijah Holyfield and Mecole Hardman.

“Look at (Zack) Crockett years ago," said Thomas about Holyfield. "That’s what I see him as, the second coming of Zack. This is gonna be a guy who is going to step on the field and he is going to have the dirtiest uniform from Day 1. I’m not worried about the speed so much.”

In terms of Mecole Hardman, the UGA speedster is climbing draft boards rapidly.

“I see Mecole Hardman shooting up the draft charts so much that Mr. (Riley) Ridley is off in his dust," said Thomas. "Whoever gets him gets Tyreek Hill 2.0”

“Look at the kid. Second coming of Hines Ward. (He's a) great second-level blocker and a former quarterback like Hines Ward.”