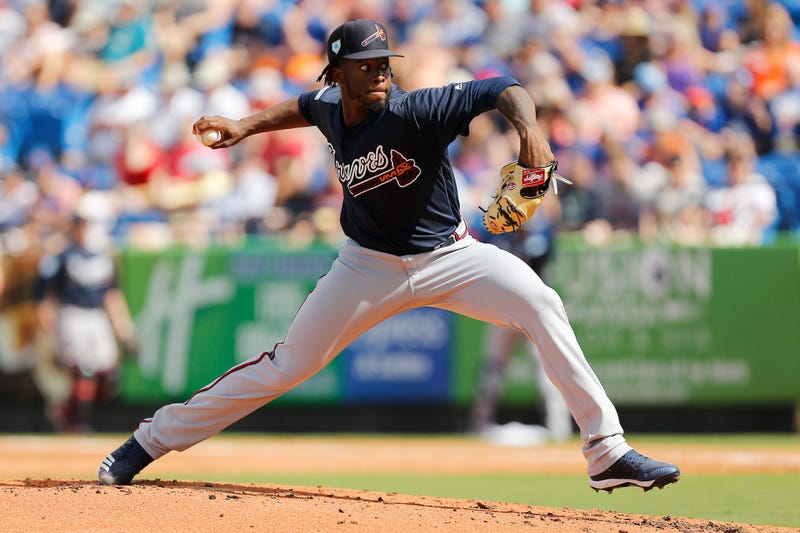 There was a lot of movement over the weekend for the Atlanta Braves starting rotation and bullpen.

Prior to Saturday's game, Touki Toussaint was called up to the big leagues as an addition to the Braves relief while starter Kyle Wright was optioned back down to Triple-A Gwinnett. But those aren't the only moves the Braves made.

Sean Newcomb struggled mightily on Saturday night, lasting only 1-1/3 inning after giving up an early 4-run lead. On Sunday, he was sent down to the minors to work out the kinks.

Reliever Arodys Vizcaino was also placed on the 10-day disabled list with shoulder inflammation. Dan Winkler was recalled from Gwinnett to add to the bullpen.

All and all, a lot of moving parts with the Atlanta Braves pitching staff. And with Mike Foltynewicz set to return, there's no telling who will be moved where.

However, 92.9 The Game's Braves reporter Joe Patrick doesn't believe the door of revolving pitchers is bad for the team.

"I think this is something we're going to continue to see from this club," Patrick said. "I think that's kind of the luxury that this club has right now."

"This team has the luxury of just being able to move guys based on who's hot, who's not. You can make these little tweaks to the rotation. These guys are all young and they understand that there's a lot of baseball ahead of them in their careers so they don't really mind kind of going down if they need to work something out."

Patrick said the fact that the Braves have all these options, and young arms, works in their favor.

"This is one of the great advantages that the Braves have with all these young, moldable men that they have in the pitching rotation--is that they just have arms that they can go to."