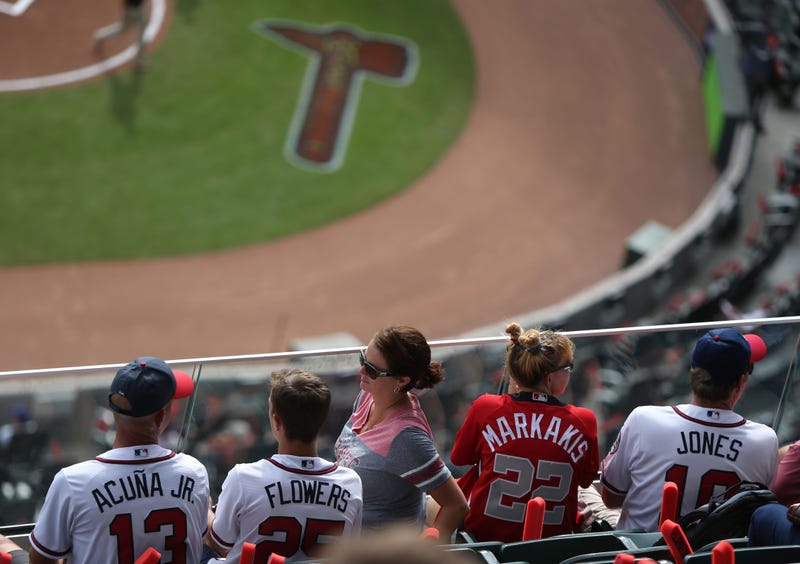 While there may be some questions about the Atlanta Braves heading into the 2019 regular season, the Midday Show with Rick and John have a question for the Braves' fans: Why are you okay with the team not making any big offseason moves?

John Michaels says Braves fans are one of the more patient fan bases in Atlanta. He's concerned they are just sitting on their hands and hoping that the young prospects will pay off. He mentions Ronald Acuna Jr., Ozzie Albies, Mike Foltynewicz, Sean Newcomb and Touki Toussaint as guys that have had success but, even as a playoff team, fans are just hoping the young guys will be better instead of demanding the Braves make big moves.

"When I watch other teams make moves, and I haven't really gotten upset until now that Spring Training's hit, and we're still sitting there," John Michael says of the Philadelphia Phillies signing Bryce Harper and the Washington Nationals bolstering their already good starting lineup.

"How about (GM) Alex Anthopoulos throwing us for the okie-doke at the beginning of the offseason when he said 'We'll spend money where it needs to be spent. and we're not going to be afraid to do anything.' And they've literally done nothing outside of (Josh) Donaldson and moving a couple of pieces around and bring back Nick Markakis. That's it."

One free agent that everyone is hoping the team signs before the start of the season is former Braves reliever Craig Kimbrel.

"It literally is us or I don't know where the hell he's pitching this year," Rick Kamla said. "Sign him! Just do it."

John thinks Kimbrel will sit out Spring Training and wait till the last minute to sign when teams get desperate. Rick wants the team to stop hoping the farm will get a championship and instead they should go spend money.