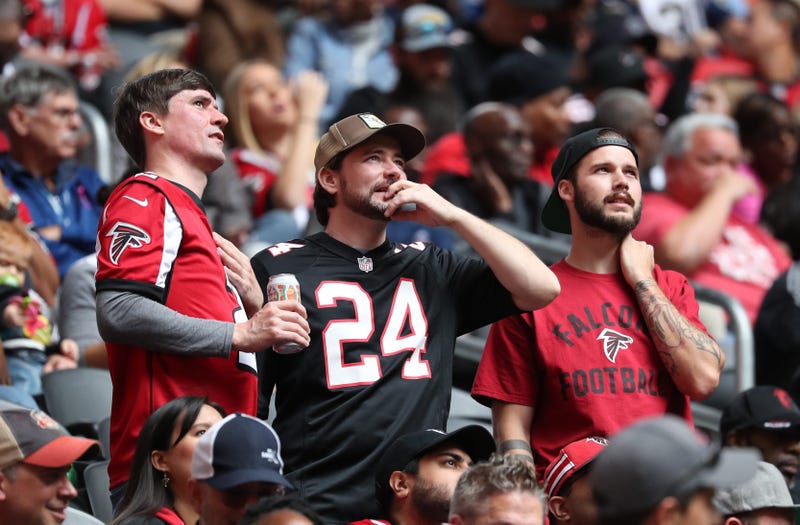 In the city of Atlanta, our fans are ride or die for our teams. They toughed it out during the tough Braves’ years that just ended a few seasons ago. Fans didn’t falter through a couple of tough stints of Hawks’ seasons, and somehow the Falcon fanbase stayed true through a season where the coach couldn’t even make it through the entire season and quit on the team. Atlanta sports fans are great, yes, but Thomas Mott believes while the fans’ support is great their predictions are quite the opposite.

Early on in Ready or Mott Thomas brought to light something that has been happening to Atlanta sports fans throughout the entire year, and that being Atlanta sports fans, radio hosts, analysts, and just everyone who routes for Atlanta was wrong about all the Atlanta teams this year. Thomas explained that if you go back through the whole calendar year and listen to the expectations and predictions each major Atlanta sports team was given by the Atlanta fan base they were all wrong. At the beginning of the year everyone thought the Braves were just ahead of schedule and had a fluke year last year, and would take a step back this year and not even win the division. However, the Braves not only won the division but was a “fluke inning away”, as Thomas said, from being in the NLCS and possibly the World Series if they would’ve been the team to take on the Nationals. In the beginning months of the Atlanta United season people were calling for the job of manager Frank De Boer, and now he has them two wins away from defending their MLS Cup Crown. The Falcons are arguably the most disappointing team in the NFL this year as they were a team with Super Bowl aspirations, and are now a team that sits at 1-6, and are in the midst of a five-game losing streak. Lastly, to round out the year we have the exciting young Atlanta Hawks. The buzz around the city is that the Hawks will take a huge step forward this year, and possibly even make the playoffs. Hopefully, the fan bases’ prediction is right about this.