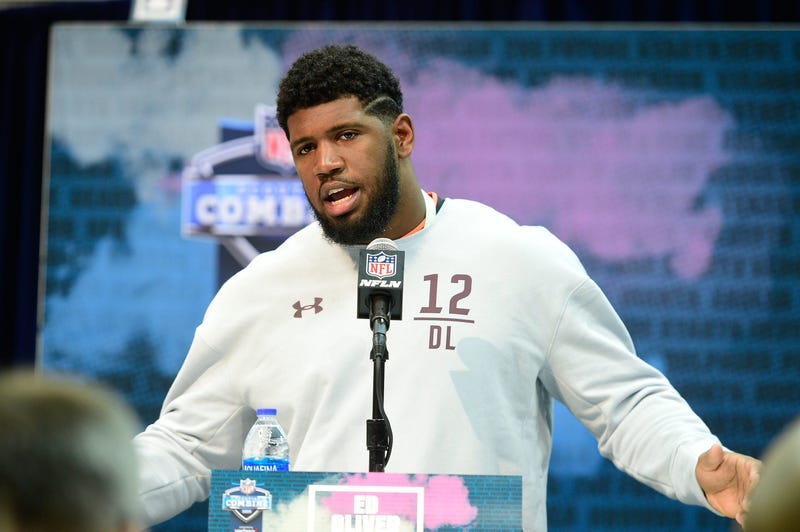 Paul Crane, 92-9 The Game anchor and host of the Scout's Honor podcast, joined Ready or Mott Saturday to talk about the upcoming NFL draft at the end of April.

Crane's podcast, where he and NFL scout Dave-Te' Thomas often discuss the upcoming 2019 draft, is known for making great predictions on what teams are going to do and what players are going to be great. Paul was explaining to Mott how Ed Oliver "may not fall out of the top five at this point." Paul added that Oliver had such a great Pro Day that "the Jets at 3, the Raiders at 4, Tampa Bay at 5, and the Giants at 6 are all bringing Oliver in for interviews that they had not previously planned to do."

Ed Oliver reportedly ran the short shuttle in 4.19 seconds at Houston's pro day. Aaron Donald ran it in 4.39 seconds at the 2014 NFL Combine. Here's how Oliver stacks up against some notable skill-position players pic.twitter.com/wfYInVCjjE

Paul also went on to say that teams do “blow smoke” to throw other teams off and that Dave-Te’ still believes that the Falcons should take a defensive tackle in the first round, and that defensive tackle Christian Wilkins is still a good option as well.

With all this information it will be even more interesting to see what the Falcons do in the upcoming draft in April.