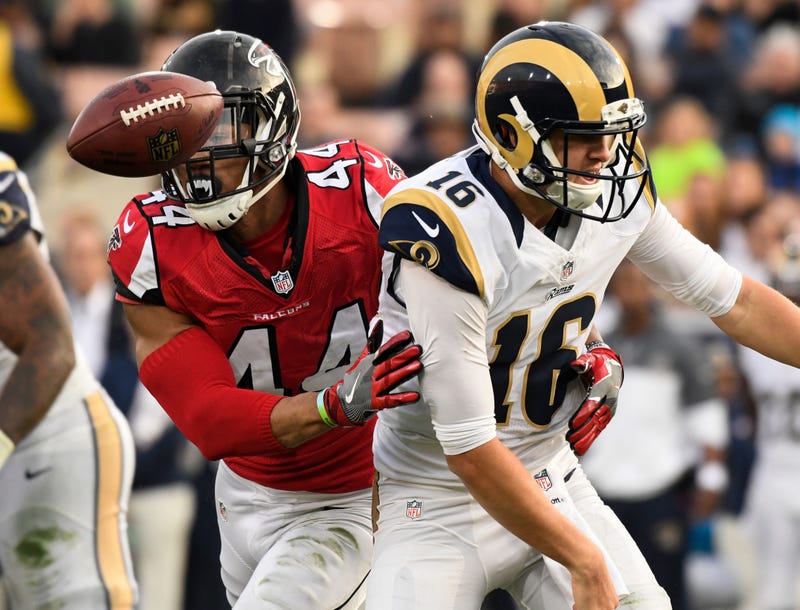 On top of three sacks, Beasley had a fumble recovery for a touchdown.

According to the AJC, it's been 242 snaps since the Falcons last recorded a sack. They tie the Miami Dolphins for last in the league in sacks, registering only five.

"He ain't that dude no more," Randy McMichael said.

"I still think that was a legit season because you can't dumb your way to 15.5 sacks in this league. I'm sorry, you can't. He had a great year."

What's confusing for Andy Bunker is that the defensive core is pretty much the same, players are just older and in their prime. There were a lot of first and second year players on that 2016 defense.

"That Vic Beasley memory--he's not that guy, we know that," Andy said. "It's crazy to think that he was though."

There is no historical precedent for what Beasley has done. No player in NFL history has recorded 15.5 sacks and then never record another double-digit sack season. Beasley looks poised to do that.