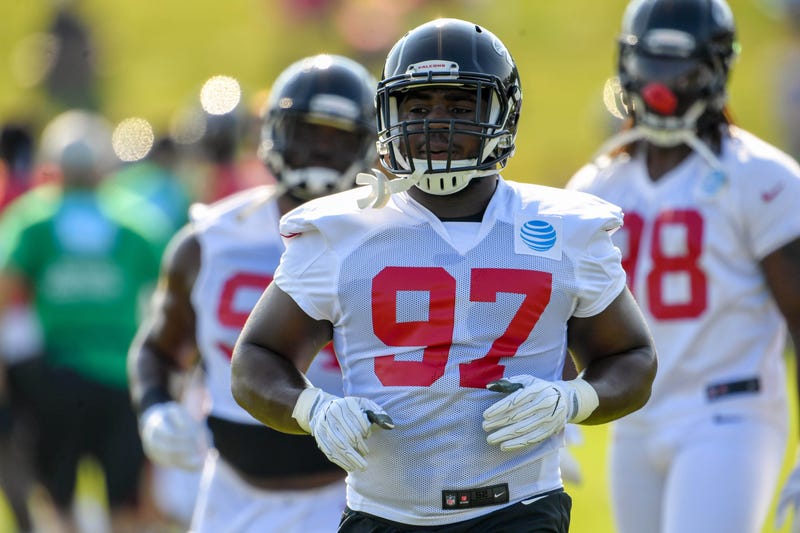 The Atlanta Falcons placed the franchise tag on defensive tackle Grady Jarrett. The team has until July 15th to come up with a long-term contract or Jarrett will play on a one-year, $15.2 million tag.

Owner Arthur Blank remains confident a deal will get done, telling the AJC that Jarrett, and Julio Jones, "will be Falcons for life."

Jason Butt, Falcons beat reporter for The Athletic, joined Andy Bunker and Randy McMichael on Wednesday and is concerned on a potential hold-out.

"If you're a guy on a franchise tag, and you only had one year of guaranteed money, it's always in your best interest--at least you can say--not to report," Jason said. "If you get hurt and all of the sudden you're out for the season, your ability to negotiate that long-term deal potentially decreases. That's essentially why you see these hold-outs a lot of times."

Jason mentions Earl Thomas as a great example. He was looking for that long-term deal from the Seattle Seahawks, then got hurt and was out for the season.

"If you're Grady Jarrett and you're on the franchise tag, and you're not close to a long-term deal, and you don't want to sacrifice your body out at OTAs and risk injury, I could definitely see a situation where he holds out."