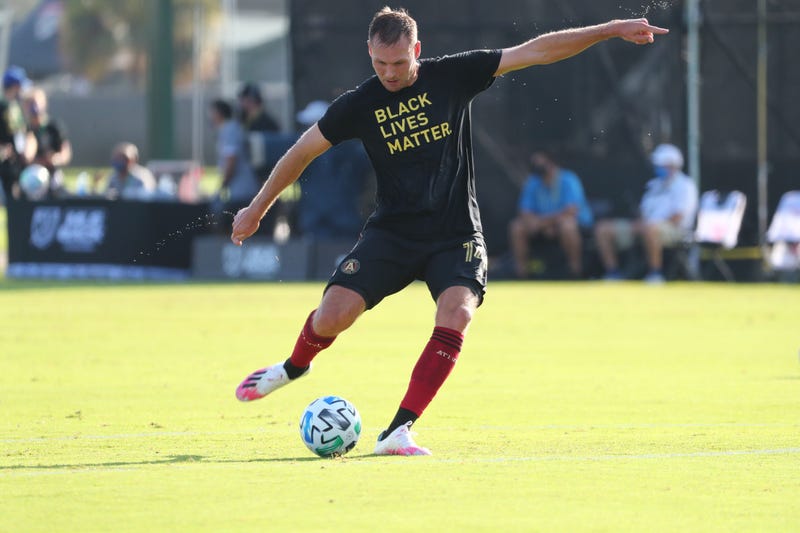 July 21, 2020 07/21/2020 6:10 pm
Atlanta United may not control their own destiny in the MLS is Back Tournament but they can control what they do against Columbus Crew tonight.

My last tweet had an error. Sorry everyone. These are the two ways Atlanta United could move into an advancing position (but not clinch) tonight. pic.twitter.com/I7et2PV8LF

After a loss to Cincinnati on Thursday, the Five Stripes need a win and luck on their side if they want to advance to the next round. But that requires getting the ball into the net. United has gone 352 minutes without a goal.

What can we expect the lineup look like tonight to get those goals?

"I think (Adam) Jahn will come back into the lineup tonight," 92.9 The Game reporter Joe Patrick told the Midday Show. "And that's how Atlanta United was playing before the hiatus, right, when Josef Martinez went down, Jahn was the guy who came in to replace him."

"I think Manuel Castro will have a role to play in this game but I think Jahn will be the striker. I think that also you'll probably see Mo Adams and Emerson Hyndman play in central-midfield. I think that's the most likely tandem."