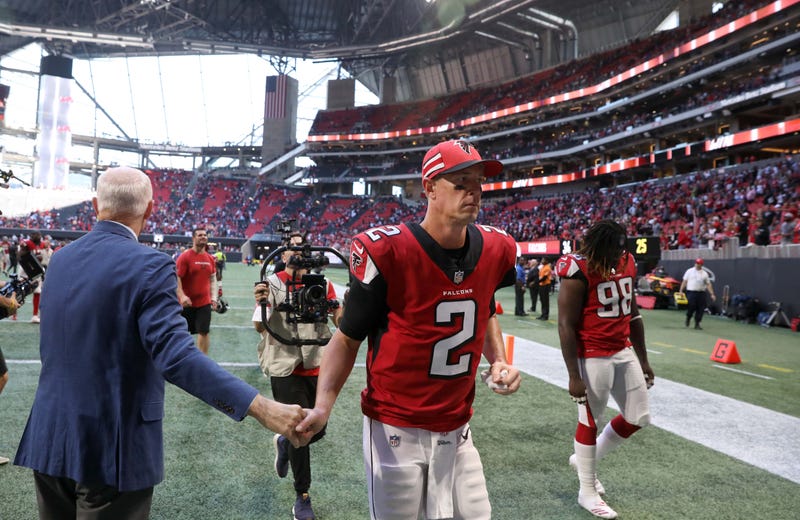 The Atlanta Falcons are right in the mix with their coaching search. They have already interviewed some of the hottest names out there.

The Falcons have completed virtual head coach interviews with the following individuals, per the team:

Armando Salguero, of RADIO.com, joined The Jon Chuckery Show to try to put the Falcons roster in prospective.

"They've got a roster whose biggest stars are on the wrong side of 30," said Salguero. "And so, they have to figure out what, and who they want to be."

The Falcons not only have to make the right hire; they also have to hire the right guy with the right vision for their future.

news
Trump considering issuing as many as 100 pardons
music
Ben Affleck and Ana de Armas split: Report
news
Post-pandemic, what did people in 1921 predict would happen in 2021?
sports
Andy Reid says Patrick Mahomes is in concussion protocol: 'we'll follow that and see how he does'
news
Kamala Harris officially resigns from U.S. Senate