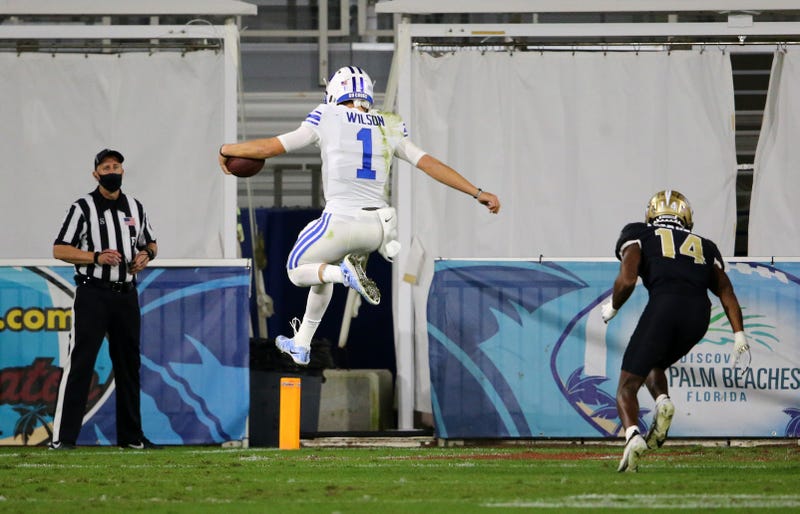 The Atlanta Falcons are going to have a lot of options in the upcoming NFL Draft. They currently sit with the fourth overall pick in the draft. There are a lot of teams that are going to be looking at drafting a quarterback.

That puts newly hired general manager Terry Fontenot in an interesting position. He could possibly take one of those quarterbacks or find a thirsty trade partner and acquire more picks.

One thing that is guaranteed to happen is that Fontenot will immediately put his stamp on this team with his first pick. Riley Nelson, of the BYU Cougars Radio Network, joined The Jon Chuckery Show to talk about one of the hottest quarterback prospects in this draft. "I actually love him going there, learning from Matt Ryan, being part of that organization," Nelson said.

There is no such thing as a perfect prospect, especially at quarterback, and Zach Wilson falls right into that category. If Matt Ryan is willing to take Wilson under his wing, then he might just be what the doctor ordered for the Falcons going forward.

news
79-year-old flight attendant dies from COVID-19: 'She needed the money' to support her family
news
94-year-old couple find love during coronavirus: ‘She was worth it'
music
Here’s how to watch Meghan Markle and Prince Harry’s interview with Oprah Winfrey
news
Father of 7 records emotional video for his kids before dying of COVID: 'Take care of your mother'
music
Kim Kardashian defends Britney Spears and shares her 'traumatizing' history with media: 'It really broke me'
music
Jamie Lee Curtis, 62, reflects on her sultry Golden Globes gown after 'wearing black leggings for a year'