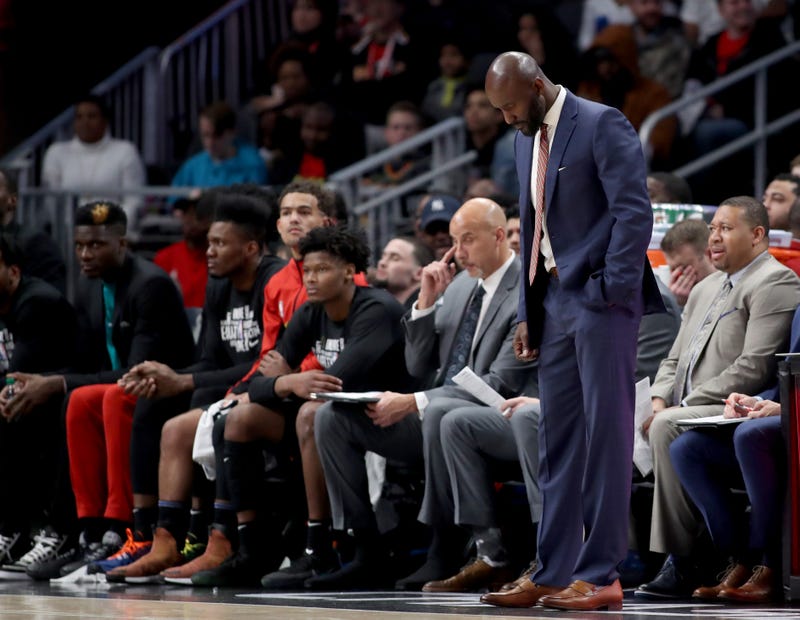 The Atlanta Hawks were extremely busy this offseason in filling their roster. In this shortened offseason, the Hawks went in with the most salary cap space in the entire league.

The message was pretty clear: The Hawks were going to use a good portion of it because it is playoffs or bust for them in 2021. This roster will look different and the expectations will be different as well.

Sarah Spencer, of the AJC, joined The Jon Chuckery Show to talk about the makeup of this roster.

"They are a more talented team this time around," Spencer said. The Hawks will have nine new guys on their roster, so they are going to have to build chemistry on the fly this year.

Lloyd Pierce and his coaching staff will be tasked with moving that process along, but if they don't, there will be some extreme disappointment throughout this organization and amongst the fan-base.