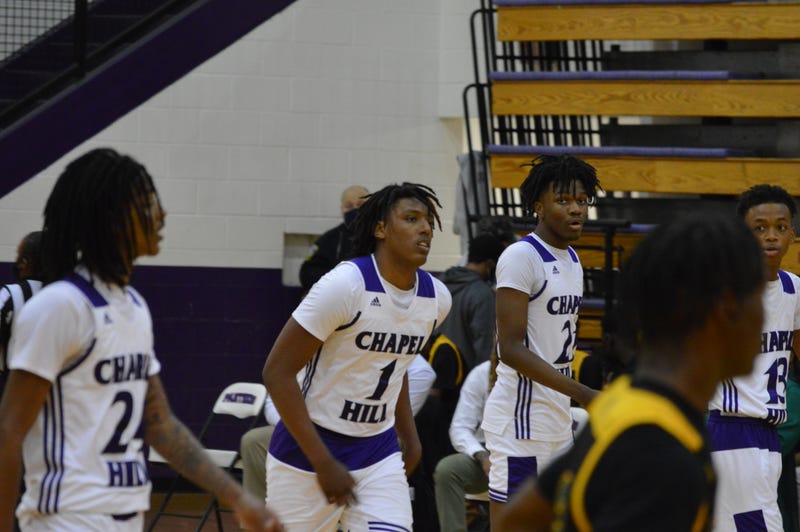 In an important region game for both the Chapel Hill Panthers and the Lithia Springs Lions, the Panthers would pick up an 85-53 win to complete the season series sweep over the Lions. The Lions came out aggressive in the first quarter, but they would trail 14-10 by the end of the opening period. In the second quarter the Panthers would create some distance between them and the Lions. Led by senior forward KJ Doucet and senior guard Micah Bell, Chapel Hill would close out the first half with a 35-25 lead.

In the third and fourth quarters, the Panthers would be in full control as they would outscore the Lions 26-20 in the third quarter and 24-8 in the fourth quarter in route to the victory. With the win, the Panthers have set themselves up to face New Manchester on Saturday and a chance to take over first in their region if they can pick up the win. Both Chapel Hill and New Manchester are currently sitting at 7-1 in the region standings, however, New Manchester holds the tie breaker as they defeated Chapel Hill two weeks ago.

Following the game, Panthers' head coach, Rodney Latham said that he is glad for his team to get the win over Lithia Springs, however, he needs them to do better at "finishing quarters out." "We've had a hard time finishing quarters out, finishing them strong," Latham said and added, "We're just trying to find our stride right now. We're playing a lot better than we have been, but we want to keep consistency, but we made strides from where we were about two weeks ago."

Latham went on to say that he also wants his team to focus on defense and that he's going to coach them hard to help prepare them for their rematch with New Manchester on Saturday. "We really want to lock in for that one, but if we stay consistent and play well together as a team, we'll be hard to beat," said Latham.