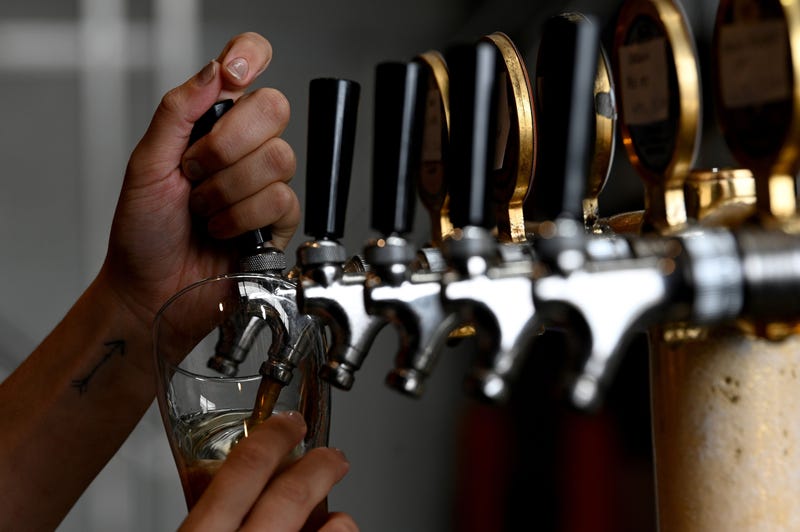 We’ve got sports back, for the most part, and we all know sports and beer go soooooo well together. So, how ‘bout an Atlanta brewery giving away free beer for a year, would that interest you?

The winner is going to be announced Friday at 8 a.m.

I visited Six Bridges in Johns Creek last week. Not only was it a great visit just to talk to Clay Gridley about his operation, but I got a special treat. I got to taste Love Tractor, Six Bridges’ new Peach Milkshake IPA right from the tank. It wasn’t ready yet; it still needed time, and hops, but it tasted glorious.

Love Tractor is a 7% hazy milkshake IPA made with peaches. But that’s the easy part. The cool part comes next. 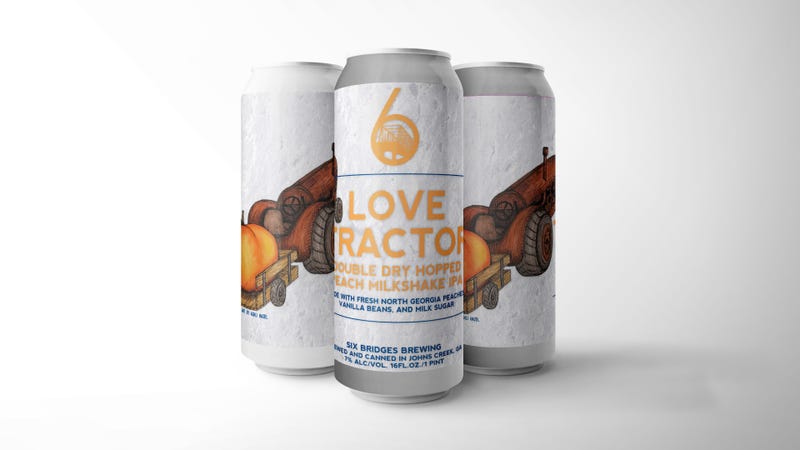 Clay and his father started Six Bridges Brewing and are the first, and only father-son owned brewery in Georgia. When Clay was considering Love Tractor he wanted something special.

“We were trying to think of how we could showcase Georgia’s agriculture industry into one of our products,” Gridley said. “Peaches was one of the first crops that came to mind, and Jaemor has such a strong reputation for their wonderful peaches.  It made perfect sense to us to reach out to the farm and see what we could do.”

One of the other notes that drew Gridley to Jaemor Farms, it’s also a family owned business. It’s been in the Echols family for six generations.

Six Bridges added milk sugar and vanilla beans to the brew and used El Dorado hops. And, they hand-processed 1,300 pounds of peaches, too. Love Tractor was released on Tuesday.

You’re chances of winning free beer for a year aren’t great. But Reformation Brewery is making sure a certain set of people can drink half-priced draft beer for the rest of 2020.

Reformation announced this week that they were giving a 50 percent discount on all their draft beer in the Woodstock and Canton locations to Cherokee Country teachers.

Bring your school badge or ID to the brewery and you’re drinking half off. That’s fantastic.

"When you see an opportunity to show kindness to your community, it shouldn't be so hard to extend it,” co-founder and CEO Spencer Nix said. “We have tried to not only survive this pandemic, but to continue to remain true to our values; to continue to serve others with love and understanding.

“Our educators are having to deal with new challenges and we see them continuing to love our children through it all. The least we can do is let them know we support them and thank them for doing such a great job in difficult days. At the end of the day, we hope a well-made local beer plays some small part in building back that which makes us a better community, united together."