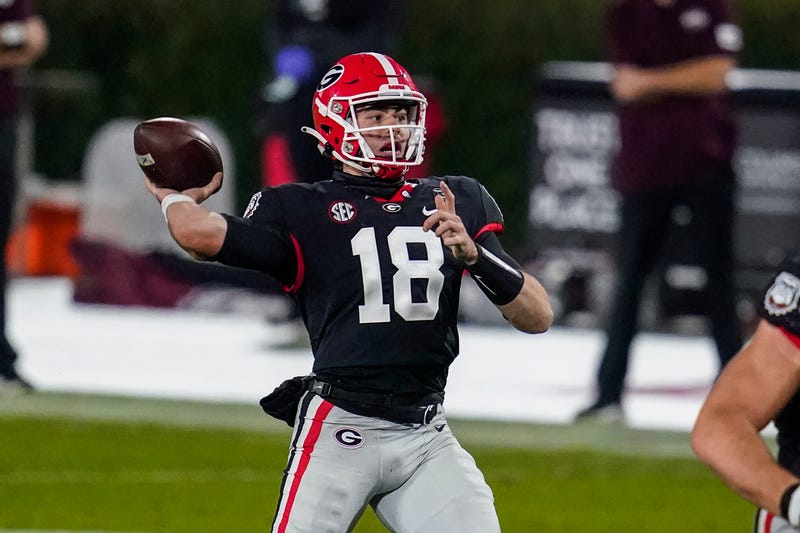 Wow! JT Daniels. Where have you been all season? Actually, that is a question best posed to head coach Kirby Smart. We know JT was not cleared for the season opener against Arkansas, so fair enough, hold him out for a game or two, but then why not put him in for Tennessee? Was he THAT BAD in practice to sit him in the lead up to Bama?

Clearly Stetson Bennett is not the answer at quarterback for the Dawgs, but to continue sending him out there week after week, especially when you begin to see a decline in offensive production, can only be a case of "coaching ineptitude".

Host Nick Kayal dives into what he believes is the best case moving forward for the Georgia football program.

It would be a crime to let a talent like JT Daniels get away from the program having only played in 3 games (4 if he plays in the Bowl game), particularly in a "transition" season for quarterbacks. What do you think? Do you want to see JT return for another year, to hopefully, lead the Dawgs to that elusive National Championship?