According to The Athletic, which cited league sources, the two sides have discussed potential packages involving Russell. The report did not name any Knicks players or draft-pick compensation being floated, but SNY's Ian Begley reported that Frank Ntilikina and Bobby Portis have come up.

The Minnesota Timberwolves also reportedly have designs on Russell, but "there remain obstacles to overcome," The Athletic reported Monday. The Warriors might also choose to keep Russell for now and see if his market heats up this summer. 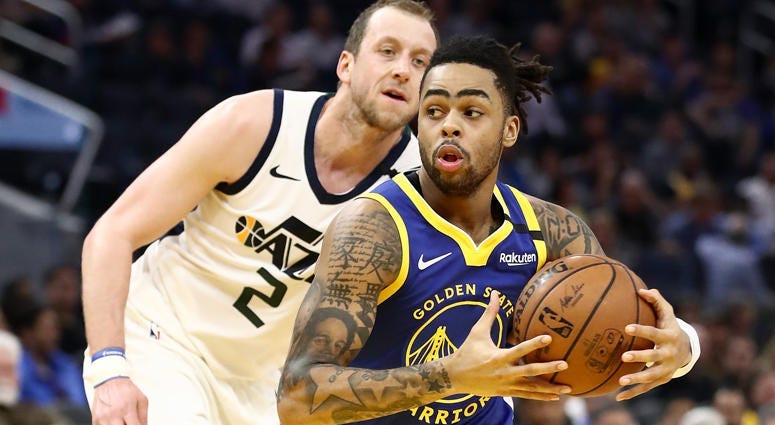 The second overall pick in the 2015 draft, Russell spent the first two years of his career with the Lakers before being traded to the Nets before the 2017-18 season. In two seasons in Brooklyn, he developed into an All-Star but became expendable when the team signed Kyrie Irving last summer.

The 6-foot-4 Russell, who can play both point guard and shooting guard, is averaging a career-high 23.8 points this season.

Russell would give the Knicks a young, talented guard they could team with forwards Marcus Morris and RJ Barrett in the coming years. Morris is slated to hit free agency this summer, but the Knicks reportedly would like to sign him to an extension. According to The Athletic, Morris is unlikely to be traded because he would cost a team a lottery-level first-round pick.

The big question obviously is how much of their future would the rebuilding Knicks have to mortgage in order to acquire Russell. New York has six first-round picks in the next four drafts, two coming from last year's Kristaps Porzingis trade.