The Chicago Cubs find themselves at a strange juncture with third baseman Kris Bryant.

The former National League MVP can become a free agent after the 2021 season, and it feels like the organization is trending towards a retool or even rebuild. Normally, the team's willingness to trade him would be met with open arms, but when you combine his impending trip to free agency and the fact that he slashed just .206/.293/.351 in the pandemic-shortened season, his stock isn't exactly at an all-time high.

There's still value in the type of player that Bryant has been over the last three seasons, but when you consider he has -14 defensive runs saved at third base in his career, the intrigue in trading for him isn't nearly what it would be if he had become available three or four winters ago.

ESPN's Buster Olney has reported that the Cubs are willing to trade "almost any veteran" on their roster. This doesn't mean that Bryant necessarily will be dealt, but if the team plans to retool in the coming years, there's a very real shot that Bryant won't be a part of that. If that's the case, trading him now probably makes more sense than just receiving draft compensation in free agency next winter, assuming Bryant would even bounce back to the point that the Cubs would feel comfortable extending a qualifying offer.

Here are four teams that could make sense as landing spots for the 2016 World Series Champion, and a look at some of the pieces they could offer in return for Bryant: 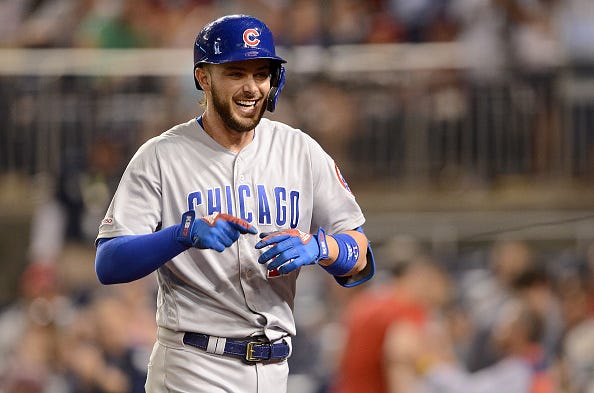 The Nationals were connected to Bryant last offseason, and MLB.com's Jon Paul Morosi has confirmed that Mike Rizzo and company are once again "considering" the possibility of trading for the three-time All-Star. There's reason to believe that the two sides could be more willing to meet in the middle on trade discussions this winter. A year after winning the World Series, the Nationals finished in a tie for last place in the National League East, badly missing Anthony Rendon's presence at the hot corner. Will the Nationals be willing to agree to a trade package for Bryant that RADIO.COM MLB Insider Jon Heyman reported they shied away from last year? Maybe not, but Bryant is coming off of a down year and is a year closer to free agency, so his value simply isn't as high as the Cubs perceived it to be last offseason. If the Nationals are willing to put Jackson Rutledge or Luis Garcia at the forefront of a package this offseason, that may be as good as it gets for the Cubs. 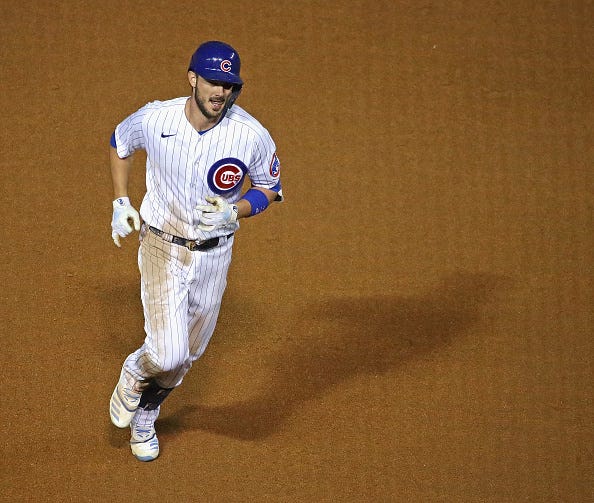 Mark Gonzales of The Chicago Tribune recently reported that the Red Sox and Cubs had talks regarding Bryant this past summer, but suggested that the talks didn't gain much traction. Still, the recent interest in Bryant is noteworthy for the purposes of this discussion, and makes you wonder whether the two sides will revisit talks this offseason. The interesting note regarding Bryant in Boston is that his arrival would likely mean an end to Jackie Bradley Jr.'s time with the team. With Rafael Devers entrenched at third base, the Red Sox would probably use Bryant primarily in left field, which would mean Andrew Benintendi takes over in center field. From here, the Red Sox would be wiser to invest in a free agent like George Springer than to part with any prospect capital, but the past connection makes them a team worth monitoring. 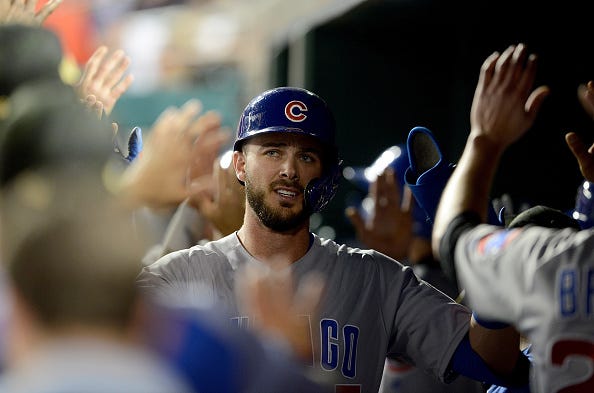 By all accounts, Braves' general manager Alex Anthopolous prefers to sign veterans to one-year deals, hoping for their bounce-back seasons, as opposed to making major long-term investments. The Braves have already signed Drew Smyly and Charlie Morton to one-year pacts this offseason, and done so with Josh Donaldson, Cole Hamels and Marcell Ozuna the past two offseasons. In an offseason that figures to be flush with non-tenders and veterans having to accept one-year deals, the Braves may simply lurk in free agency long enough to find impact players without making any long-term commitments, it's a strategy that's largely worked well for them the past two years. The interesting thing about Bryant, though, is that trading for him technically only would be a one-year commitment, and if he bounces back in a lineup that also includes Ronald Acuña Jr., Freddie Freeman and Ozzie Albies, it could be enough to put the Braves over the top. A trade for Bryant would likely mean that Ozuna, who became a fan-favorite in 2020, doesn't return. The Braves wouldn't move Christian Pache or Drew Waters in a deal like this, but Bryse Wilson, Kyle Muller and William Contreras could be interesting pieces for the Cubs to consider. 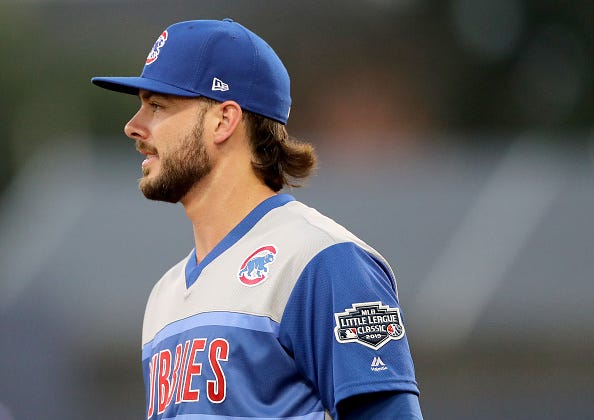 At the outset of last offseason, there was a belief from many that the Rangers could be at the forefront of the markets for Anthony Rendon and Josh Donaldson, but ultimately general manager Jon Daniels was unable to land either. Isiah Kiner-Falefa actually ended up winning a Gold Glove Award for the team in 2020, so the Rangers may not be inclined to move him off third base, even if he is capable of playing multiple positions. However, buying relatively low on Bryant - whether the plan was for him to play in left field, at third base or a combination of the two - could help the Rangers attempt to keep pace with the Oakland Athletics and Houston Astros in the American League West. With top prospect Josh Jung, a third baseman, looming, it may actually be best for the Rangers if Bryant played left field. Whether they'd be willing to part with some combination of Leody Taveras, Cole Winn, Maximo Acosta and Hans Crouse is unknown, and frankly, we don't know if the Rangers would be able to put together the top package for Bryant. Still, his fit with the team is interesting.