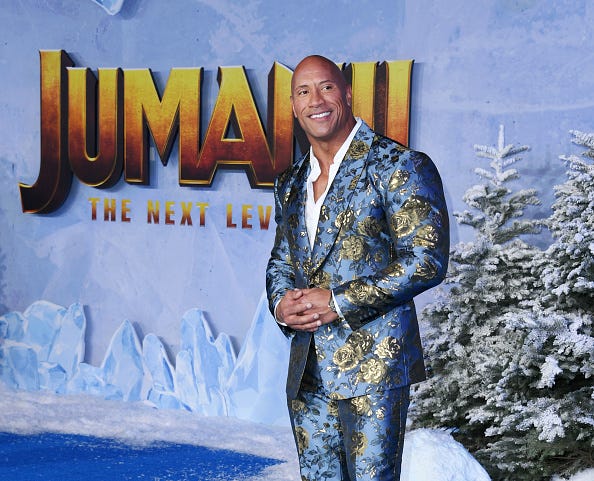 You can smell what The Rock is cooking and it’s ice cream!

On the nice side, there’s The Rock'n Around the Christmas Tree which has spruce ice cream, buttery-frosted brownies, raspberry jam and cherries.

The three other flavors in the Holiday Pack are Peppermint Cocoa, Cinnamon Chai Spiced Eggnog and Chocolate Gooey Brownie.

“NEW & DELICIOUS Dwanta Claus ice cream pack for you and your loved ones for these holidays,” the 47-year-old captioned an Instagram post to announce the news.

“Best part is a portion of the proceeds will be donated to a charity very close to my heart, the MAKE-A-WISH FOUNDATION.”

In the name of synergy, the action star also revealed an upcoming flavor will include the addition of his tequila brand.

“And yes, a Teremana Tequila infused ice cream is already in the future works,” he added.

The Dwanta Claus Holiday Ice Cream Pack is the first product to be unveiled since it was announced that Johnson and business partner/ex-wife Dany Garcia had acquired an ownership stake in the Portland-based ice cream shop.

The five-pint packs can be purchased for $65, plus expedited shipping so they don’t melt,  on the Salt & Straw website.

No doubt Johnson will be celebrating with his ice cream as “Jumanji 2: The Next Level” debuted at the top of the box office with an impressive $60 million over the weekend.