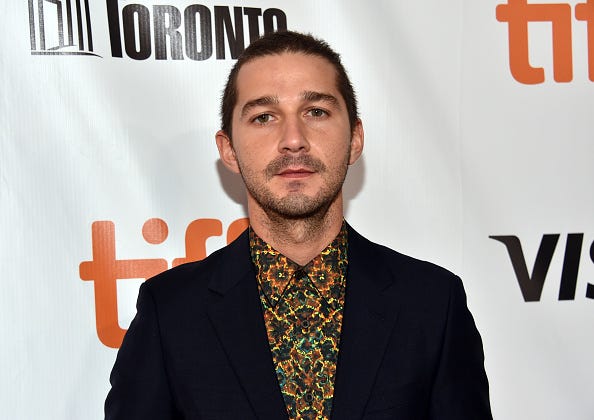 While accepting a screenwriting award for his autobiographical film “Honey Boy” at the Hollywood Film Awards on Sunday, LaBeouf thanked the arresting officer who booked him in 2017 for public drunkeness, according to USA Today.

"I want to thank the police officer who arrested me in Georgia for changing my life,” he said.

LaBeouf pled guilty to a misdemeanor charge of obstruction and was ordered to perform 100 hours of community service, enroll in anger management counseling, complete a drug and alcohol evaluation and pay $2,680 in fines.

While in a Connecticut treatment facility, LaBeouf drew on his own childhood experiences in the industry while under the guidance of his abusive and alcoholic father to pen the script for "Honey Boy."

In the film, the 33-year-old plays a character based on his father, while Noah Jupe and Lucas Hedges portray the younger and older versions of LaBeouf.

Earlier this year, the actor reflected on how much his life has changed since his arrest and stay in rehab.

“You hit the wall enough, you start reflecting,” he told MTV. “My well is full and that comes from living a certain kind of life.”