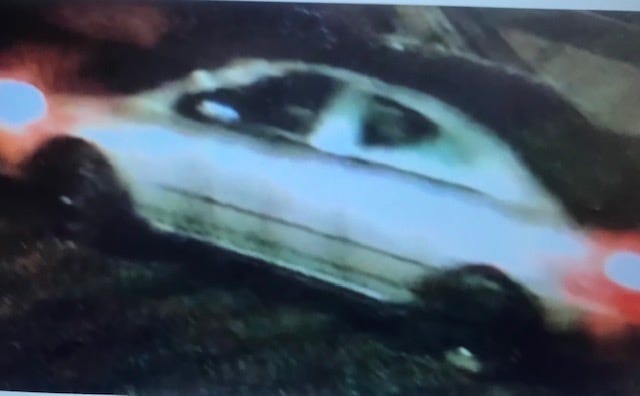 Suspect's car involved in a hit-and-run incident of a great grandmother who was severely injured. Photo credit LAPD YouTube Screenshot
By Ameera Butt

The LAPD needs the public's help in identifying a suspect's car involved in a hit-and-run incident involving a great grandmother near Union Avenue and Miramar Street.

According to the LAPD press release, "A possible tan, 4-door, 2000 to 2010 Toyota Corolla was travelling northbound Union Avenue and made a westbound left turn onto Miramar Street."

Kuen Ham, 76, was crossing Miramar Street when the driver of the Toyota allegedly collided into her. She was dragged her approximately 15-feet before she was dislodged. The driver fled the scene.

LAFD responded and rendered aid to Ham. She was admitted into the intensive care unit with life threatening injuries, according to the press release.