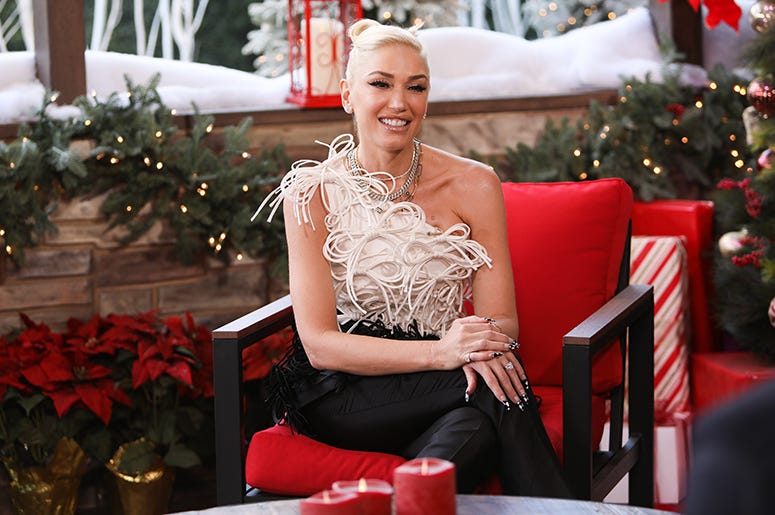 The holidays have officially arrived for fans of celebrity couple Gwen Stefani and Blake Shelton.

While we thought we knew everything there was to know about their engagement, specifically the gorgeous ring that Blake gave Gwen, apparently we were a little pre-mature.

Gwen teased a shot of the bling on her way to the 2020 People’s Choice Awards on November 15 to show her support for her hubby-to-be who won the trophy for Country Artist of the Year during the ceremony. In a short Instagram story, she let the ring come into view while adjusting her face mask and the Internet lost its collective mind with happiness for the couple.

Now, we're getting up close and personal, thanks to the Hallmark Channel. Stopping by the network's "Home & Family" setup at Universal Studios Hollywood on Wednesday, December 2, Gwen revealed what looks to be multiple diamonds, set in white gold or platinum, with a center stone estimated to be six to eight carats! 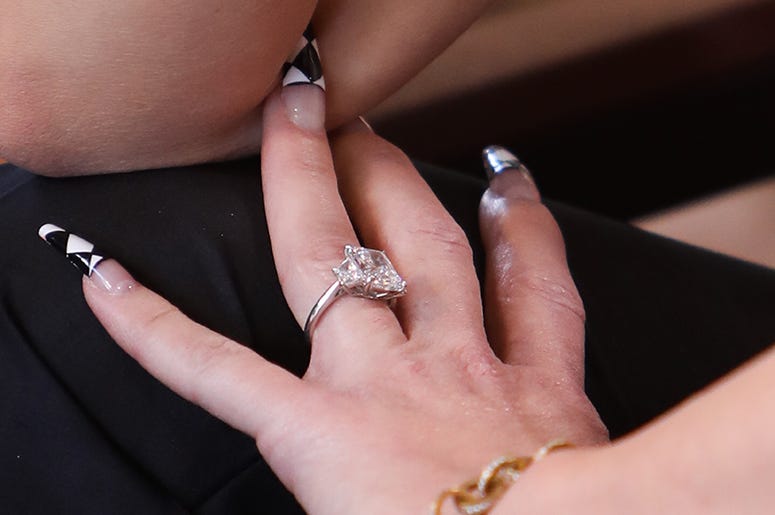 Joining her on set was Home & Family host Debbie Matenopoulos, actress Danica McKellar, and pet expert Larissa Wohl who brought along some adorable rescue puppies in an apparent attempt to outshine Gwen's ring. 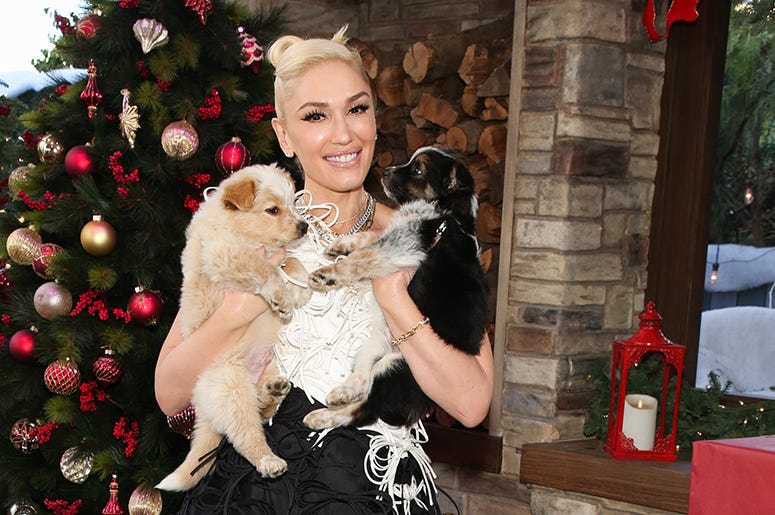 Blake and Gwen have been dating since late 2015. Five years later, they decided to tie the knot. “Hey @gwenstefani thanks for saving my 2020… And the rest of my life.. I love you. I heard a YES!” Blake wrote in a tweet sharing the news. “@blakeshelton yes please!” shared Gwen in an Instagram post.

The couple also purchased their first home together earlier this year.

Hallmark’s “Countdown to Christmas” received a brand new theme song this year, recorded by Gwen and written by OneRepublic singer Ryan Tedder and Brent Kutzle. "Here This Christmas" will also appear on the deluxe edition reissue of her 2017 holiday album You Make It Feel Like Christmas.