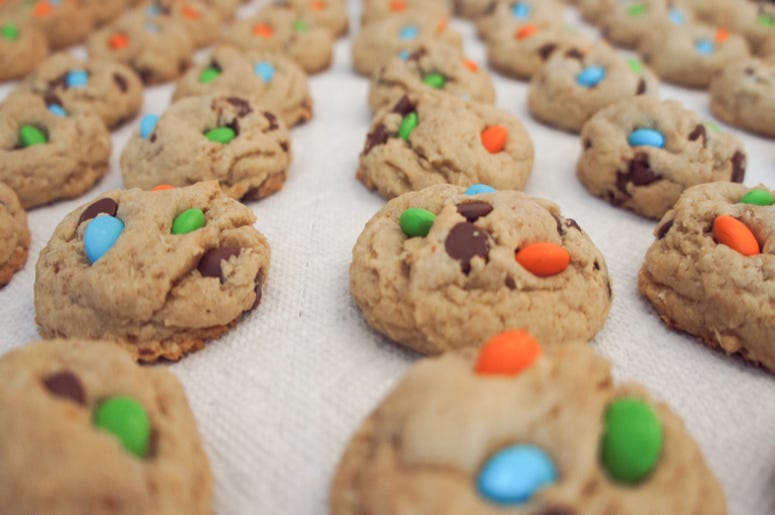 While often times an occurrence in a dream can seem extremely important, most are quickly forgotten once the person having the dream awakens. Still, some people find it important to remember their dreams, in case it inspires something in the future. However, one man recently proved not all dreams are important, after creating a culinary disaster thought up while he was sleeping.

I had a dream where there was a food called “King’s Hand”, a hollow hand made of m&m cookie, filled with Greek salad.
I could not stop thinking about it.
Here is the culmination of a week long effort. pic.twitter.com/tMVutcj9H8

A twitter user recently went viral after sharing pictures of a food concoction he thought up while dreaming. According to the user, he “had a dream where there was a food called ‘King’s Hand,’ a hollow hand made of m&m cookie, filled with Greek salad.” While most wouldn’t think to combine those items, he did so and most online agree it’s probably an item they likely won’t try.

Of course, some seemed on board with the odd concoction, mainly for the artistry of the cookie hand. Still, for the twitter user, the experience seemed worth it, as the photos included an image of the person trying the ‘King’s Hand.’ Hopefully this item doesn’t start popping up in restaurants.

sports
Kyrie Irving owns up to leadership failures in Cleveland, Boston
music
Nick Jonas’ next solo album is full of 'love letters' to Priyanka Chopra
music
Blake Shelton shares which 'The Voice' coach he wants to sing at wedding to Gwen Stefani
sports
NCAA Tournament odds: Will Ohio State be a No. 1 seed?
music
Kenan Thompson says Alex Trebek was a big fan of ‘Black Jeopardy!’ on ‘SNL’
music
Luke Bryan feels deluxe album tells 'a great story of where I'm at in my career'