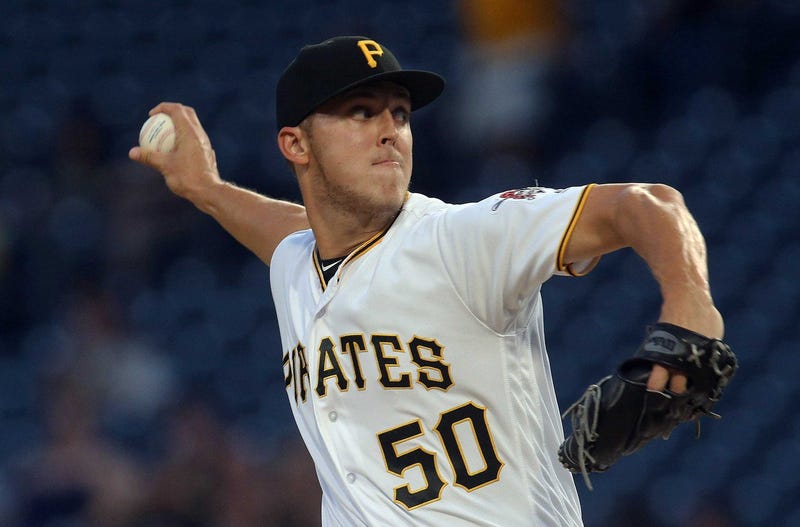 The Fan Experts predict what they think the 2019 season will bring to the Pittsburgh Pirates:

The Pirates pitching staff has a very high ceiling this year, from the rotation to the bullpen.  If this team is going to succeed, they'll need to come close to reaching that potential.  Jameson Taillon taking that next big step and Chris Archer looking more like the player they hoped they were trading for last year rather than the player they got will be the key.

The bats lack power at traditional positions like first base, third base and the corner outfield spots.  The resurgence of Jung Ho Kang this spring and Josh Bell returning to form could go a long way towards helping that cause, but those are both question marks. Melky Cabrera could be a real wild card as the team looks to fill in for Gregory Polanco until he's ready to return from shoulder surgery.

This team is better than it was last year when it won 82 games, but so is the NL Central.  They went 43-33 against division foes last year and if they come anywhere close to that this year, they will surpass my prediction of 84 wins.

The Pirates pitching staff is their clear strength and their continued success and ability to progress further will be the foundation of this team.

Premium relief pitching has been the hallmark of the Pirates for the last decade, and, in 2019, I would suspect they will continue to be elite in the back-end of games as they have for so many years.

The clear and obvious questions around this team surround their ability to create runs - and prevent them.

The Pirates need to (re)discover power from Josh Bell.  Simply put:  you can't get a higher OPS from your starting second baseman (Adam Frazier) than you do from your starting first baseman (Bell).  That's what happened in 2018.   Could Jung Ho Kang's torrid spring translate into his 2015-16 power?  That would be pennies from heaven.  By all accounts, Gregory Polanco is ahead of schedule, rehabbing from a vicious shoulder injury.   If he could hit the ground running, picking up where he left off prior to injury, the Pirates could find runs desperately needed in this trio.

Defensively, there was an effort to become more nimble and agile on the left side of the infield.  With Kang at third base over Colin Moran, and Erik Gonzalez replacing shortstop Jordy Mercer.  The Pirates can potentially save more runs, and make more than just the routine play.  Run prevention was a hallmark of their 2013 success.  They need to rediscover that in '19.

The Pirates won 82 games last year.  I don't think they are worse.   Are the markedly better?  No.  However, do they have pieces and potential to improve up on their win total by five-to-seven games?  Yes.   A seven-win improvement (89) - completely reasonable - puts them playing for or into the Wildcard game in late-September.

I want to say that the Pirates’ rotation and the back end of their bullpen will push them to among the contenders in the NL Central — because both are, without question, among the best in the division. I think this is a year, from start to finish, that Jameson Taillon performs like a legitimate Cy Young guy.That said, however, as much as I want to say the pitching from the top 5 and the closer will be enough, after seeing the defense in Spring Training, I just don’t know if the Pirates can offset it.The infield defense, in particular, could really hurt this team. I see them finishing right at 81-81.

On the surface, it's easy to say that with a well-built rotation and a strong back end of the bullpen, the 2019 Pirates' only concern should be offense, specifically power. After all, they were 3rd worst in the National League at hitting home runs in 2018. With Jung Ho Kang giving us a glimpse of what he's capable of this spring though, and a bounce back year in store for Josh Bell after his sophomore slump, I've come around to the idea that they may score enough runs to be competitive, even in the deepest division in baseball.

So much has to go right, though. And almost nothing can go wrong. What if one of their top four starters has to deal with regression or injury? What if one of the pieces of that strikeout-heavy 'pen blows up? What if their defense is a disaster at four or five different positions? And what if Kang's Grapefruit League blasts were a mirage and they don't possess more than one true 20+ HR threat in the middle of the order?

If everything goes as the Pirates hope it will, they could win 85-87 games and compete for a Wild Card spot. If just one of those variables falls to pieces though, there isn't enough. Not enough duct tape. Not enough chicken wire. And certainly not enough of the front office's favorite resource - hope - to pull the Bucs up out of 4th or 5th place in the NL Central and past the 80-82 win mark.

In the end, even with a lot going right, I think we see an 84-78 team finishing just 4-5 games out of the 2nd National League Wild Card.

Maybe I fell victim to being around a genuinely good group of easy-to-root-for players for nearly 3 weeks in Bradenton but, once again, I think the Pirates will be better than most think.  But will they be better enough, especially in what shapes up as a brutal division?

Some people think the starting pitching is overrated, and maybe so, but not by much. Jameson Taillon, Trevor Williams, Joe Musgrove and Chris Archer have a chance to favorably match any team’s top 4 starters and are definitely the best 4 pitchers that $9.5 million can buy.  If given a chance, Nick Kingham will give them a serviceable 5th starter.  As always, health is a consideration since can’t miss prospect Mitch Keller certainly looked like he might miss in his (albeit limited) spring training appearances.

I know spring training stats can deceive, but Felipe Vasquez appears to be more unhittable than ever. However, I have a feeling his set-up men - Keone Kela, Kyle Crick and Richard Rodriguez – will not be as dependable as they were a season ago, yet GM Neal Huntington always seems to uncover a gem. Nick Burdi could be that gem.

Offensively, I like the Rick Eckstein attacking, launch-angle philosophy but do the Pirates have the personnel to put up the numbers necessary to keep up in the NL Central?  Especially with Elias Diaz slowed by that mysterious virus, it’s unfair to expect the catching position to match last season’s production.  Josh Bell has to be better but 25 HRs, 90 RBI better?  It’s more likely that Jung Ho Kang will approach those numbers which won’t hurt.  I think Adam Frazier is a .300 hitter but shortstop won’t produce much unless Cole Tucker ages 2 years in 2 months.  Corey Dickerson can’t help but hit .300 and may even hit more HRs but I’m afraid the final season of his contract will be wasted – unless Starling Marte approaches his once considerable potential and Gregory Polanco is able to recover from his shoulder injury and, even then, isn’t a disaster in right field.

I think the pitching will be better and the offense will actually provide more pop than expected. But I’m afraid the Pirates will lose too many games 3-2, 2-1, and 1-0 then who knows who many others because of defensive shortcomings that were all too evident in Grapefruit League games.

I’m going out on a pretty thin limb here - 85 wins. The Pirates will come close to ending the 3-year, post-season drought but not quite close enough which will be even kore frustrating when 2 or 3 more wins would have been enough for a Wild Card. Fans – and players – will wonder why management didn’t invest more, especially in the offense.

I think what we learned last year is that you need to let the season play out, so I will keep optimism for the 2019 version of the Pirates.  The pitching staff is among the best in the National League and the back-half of the bullpen is similar.  I believe Erik Gonzalez has settled in at short and will be an upgrade, defensively, on the left side with Jung-Ho Kang.  Adam Frazier seems in a good place at second and there are two Gold Glovers in the outfield.

If someone, or even better multiple people, step-up hitting the baseball, the Pirates have a chance for the post-season.  My glass is half-full today, Josh Bell will improve, Frazier will be solid leading off and Gregory Polanco will provide a boost in May.  Bucs win 85 games and will have a chance to play in October.

In the time I spent with the Pirates in Bradenton, I came away with the feeling that this team believes it can make noise in the NL Central and should compete for a playoff spot.  Of course, believing in something in February and March often doesn’t necessarily translate into success in June and July.

The general feeling is that the Pirates will go as far as their pitching staff carries them.  It’s certainly a solid staff—a good rotation and a deep bullpen, even though set-up man Keone Kela has struggled mightily. The question is “do the Pirates have the offensive firepower to compete with the hard-hitting teams inside the division?”

The Pirates lineup—on paper—from top to bottom can’t compare to the Cardinals, Cubs, Brewers or Reds.  The last thing they need is for well-pitched games to be wasted because they can’t score runs.

That said, I expect this season to go one of two ways:  The Pirates’ offense gets the jolt it needs from Jung Ho Kang and Gregory Polanco upon his return sometime in May or June and the team remains in the hunt for a playoff spot past the all-star break OR the competition in the division is just too strong and they fall out of the race by early summer, which then leads to trading away the likes of Cory Dickerson, Francisco Cervelli and possibly Starling Marte.

I could see this team winning 88-90 games, but if there’s a sell off during the season, it could struggle to reach 75.