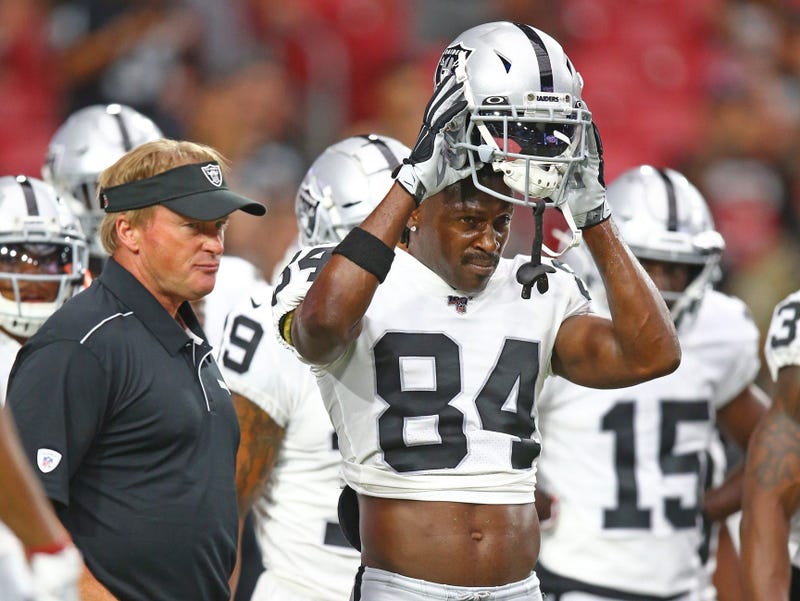 ALAMEDA, Calif. (AP) — Star receiver Antonio Brown has returned to training camp with the Oakland Raiders a day after being given an ultimatum by general manager Mike Mayock to be "all in or all out."

Brown took part in meetings Monday with the Raiders in Napa before the team broke camp, a person familiar with the situation said on condition of anonymity because the team didn't release details.

Brown didn't attend practice Sunday as he works to find a helmet that he's comfortable using and that meets safety standards set by the NFL and NFLPA. Agent Drew Rosenhaus told ESPN earlier Monday that they are looking into "all options right now to resolve the helmet issue."

Brown also lost a grievance to allow him to use a helmet that is no longer certified as safe. Brown had hoped to find a newer version of his preferred helmet that could be approved but the one he submitted failed a safety test conducted by the league and union, a second person said on condition of anonymity because test results weren't released.