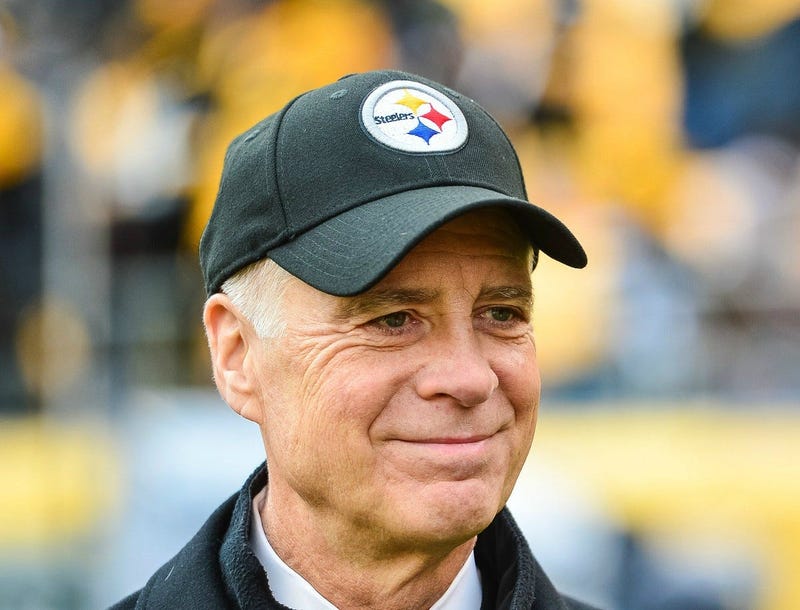 PITTSBURGH (93.7 The Fan) – Steelers owner Art Rooney II tells 93.7 The Fan’s Cook and Joe he doesn’t believe his team has a culture problem.

Co-host Joe Starkey said he has never been around a team that seemed to have so much off-field drama pointing out everything with Antonio Brown, James Harrison being critical of coach Tomlin on national TV, Martavis Bryant and his suspensions and trade to Oakland, Le’Veon Bell’s suspension and holding out the entire season, offensive lineman shredding Bell for holding out, former offensive coordinator Todd Haley’s alleged incident at a bar last year, Joey Porter’s alleged incident at a bar last year, the National Anthem fiasco and more, but Rooney doesn’t believe the Steelers would be as successful if they really did have a problem.

“I certainly don’t think we have a culture problem . . . we won 13 games last year so if you have a culture problem, if you have a disciple problem on your team, those kind of teams don’t win 13 games in the National Football League,” said Rooney. “There are things that happen from time to time that down through the years we’ve had to deal with and would prefer that these things don’t happen.”

Rooney said that the first thing he looks for is performance on the field and he believes that is also what fans look at.  “Are we winning games, do we have a winning culture? And I think the record speaks for itself.”

Speaking specifically about Antonio Brown, Rooney says he and Brown have had their differences about things. “

“I’m not going to say it’s been 100 percent of what we’d like, but I think the other side of the coin you have to acknowledge is he’s been one of the top players in the NFL for many years now. He and Ben are a historic combination,” said Rooney. And he helped contribute to a lot of wins over his career and so it’s not always 100 percent of what you hope for in dealing with a player.”

When asked why Brown wasn’t suspended for his actions during the last weekend of the season, Rooney said people can second guess if they want but they didn’t have all the information necessary at the time.

“We were dealing with a player that frankly we didn’t have all the information about, what he was planning to do and what condition he was in physically . . . people can second guess that and I just wish it could’ve come out a different way, that’s for sure,” said Rooney.

Rooney adds he has still yet to talk with Brown but that, “I quit waiting by the phone.”

Addressing the Le’Veon Bell situation, Rooney says “we haven’t closed any doors” and that they still have the power to put the franchise tag on Bell. He said they don’t have to make any decisions about that right now and will look at their options but that currently he is an unrestricted free agent.