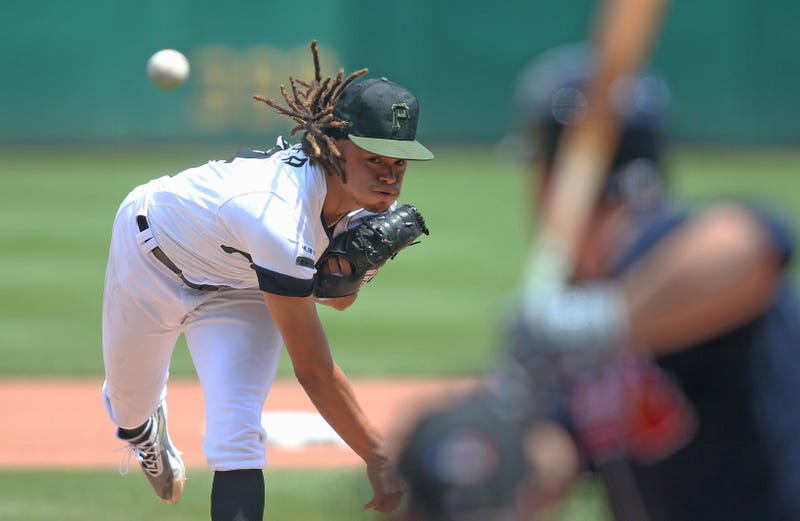 PITTSBURGH (93.7 The Fan) - Pirates Starting Pitcher Chris Archer pitches into the 7th inning as he strikes out 6 and only gives up 1 run and First Baseman Josh Bell Doubles three times with two RBI as Pittsburgh wins the series over Atlanta with a 6-1 victory Thursday afternoon at PNC Park.

Braves First Baseman Freddie Freeman opened the scoring for the ballgame with a solo home run in the top of the 1st, but Archer was able to lock it down after that and the Pirates offense gave him a lead to work with after plating three in the bottom of the 2nd.

"It's been going on for awhile, so it's not just one thing, it's guys working, their working, it's not like we're facing bad pitching all of a sudden," said Hurdle. "We're facing quality guys and we're not chasing, we're nailing balls that in the strike zone and barreling them up and we're using the entire field. It's really good to see us jump some velocity and hit some off spead stuff as well and we've done a combination of the two."

After struggling at the plate at the end of the Milwaukee series, Josh Bell unplugged over the off day and Hurdle gave him the opening game of the series against Atlanta off to kind of reset after the month of May he had.  And that time off seemed to pay off in big dividends in the second game of the series and the series finale. What did he do during his time off?

Pirates Outfielder Corey Dickerson was back in the clubhouse today and is really close to returning, but still no word on if he could return at some point on this upcoming road trip. Listen to what Dickerson had to say after the game below:
___Follow 93.7 The Fan: Facebook | Twitter | InstagramListen to 93.7 The Fan on the RADIO.COM App - Download Now