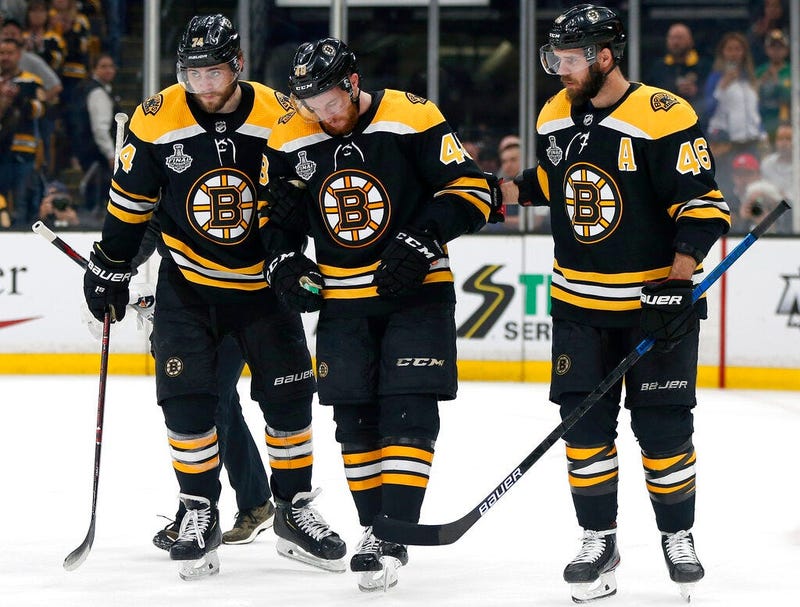 BOSTON (AP) — Preparations are well underway on the streets outside Boston's TD Garden in the hours before Game 7 of the Stanley Cup Final.

By early afternoon, police were setting up sidewalk barriers in preparation for the first championship-series Game 7 in Boston since the Celtics beat the Lakers to win the NBA title on June 12, 1984, 35 years to the day of Blues-Bruins.

Thousands of fans are expected to be in the vicinity of the arena, which will have a charged atmosphere. Buzz began circulating during the day that Patriots quarterback Tom Brady would be the pregame flag-bearer to fire up the crowd and former Red Sox slugger David Ortiz would make an appearance on the video screens from his room in intensive care at Massachusetts General Hospital after being shot at a bar in his native Dominican Republic three days ago.

Matt Grzelcyk  is expected to return to the Boston lineup for Game 7 of the Stanley Cup Final against St. Louis.

Grzelcyk's return is a major boost on the blue line for Boston. He suffered a concussion two weeks ago in Game 2 of the series and has missed the past four.

Coach Bruce Cassidy says the puck-moving defenseman was cleared through the concussion protocol Wednesday, hours before the game. Connor Clifton is set to come out to make room.