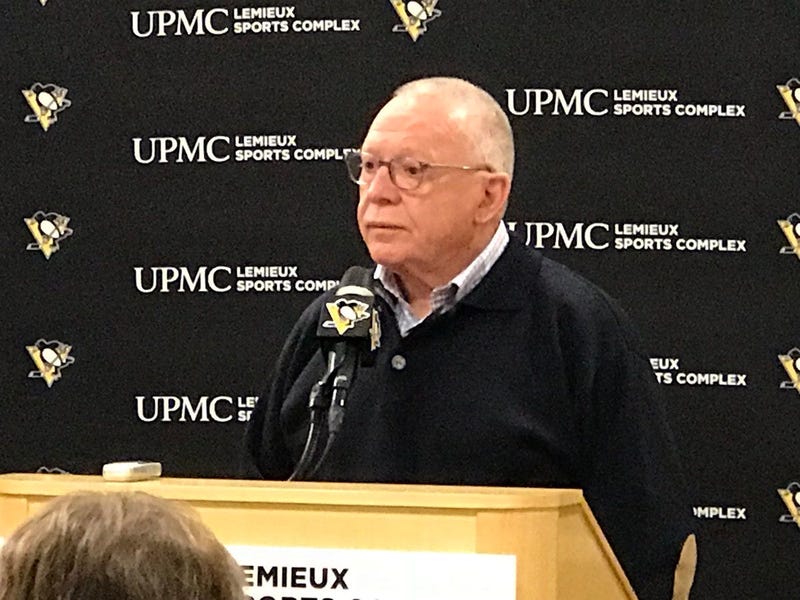 Does Jim Rutherford (if you're cool you are supposed to call him GMJR, I guess) go big or small at the deadline?

What's going on with Kris Letang?

How busted up is Dumoulin head?

Do the Penguins need to bring in a veteran backup goaltender?

Are they getting enough from the third-line center or the bottom defensive pairing?

What if Ruhwedel and Riikola have to play important minutes?

You'll hear all of this as the trade deadline comes and goes this afternoon. If you search hard enough, you will find an analyst who breaks down the Penguins from every possible angle --- including all of those laid out above.

I'm here to tell you something: It all matters very little. Pretty much none of it matters except for one thing as February is about to turn to March and then the march through March will culminate with one huge failure (missing the playoffs) or one big exhale (the Penguins making the playoffs).

That one huge thing? How the stars play. That's really it for the Pittsburgh Penguins.

For me, it isn't so much in who they go out and acquire, or if they acquire anyone at all. This Penguins team --- for the past decade at least --- has been star and not depth driven, and that's the way it will be from here on out.

So the real questions are simple...

Will Phil Kessel finally decide he wants to be part of the action this season and start scoring some goals?

Will Evgeni Malkin be the player we saw recently in brilliant flashes when he has been --- again for a few brief glimpses ---- the best player on the ice? Or will he be that 'Bad Geno' character; the one we have seen too much of this season who is easily-flustered and spends more time seemingly trying to even scores rather than, well, score?

Will Crosby, who has been magnificent, continue to dazzle and perhaps even step on the gas some as the games grow in importance?

Will Patric Hornqvist, a player who make no mistake is a star for this team, play up to the contract he earned or will he continue to be the disappointment he has been to this point in this season?

Lastly, will Matt Murray finally stand tall in net again with consistency? Will he ever come close to replicating what he did against Nashville in that magical Game 5 and Game 6 parlay in the Stanley Cup Final? Or will the only thing predictable about him be his unpredictability?

So go ahead and talk about all the trimmings. Have nice little conversations about depth at forward and filling in on the blue line and whatnot.

I'm here to tell you, as it always is, the Penguins future this season rests with how the top end talent plays. All the other storylines are simply complementary tidbits.

They don't mean much; the stars do.