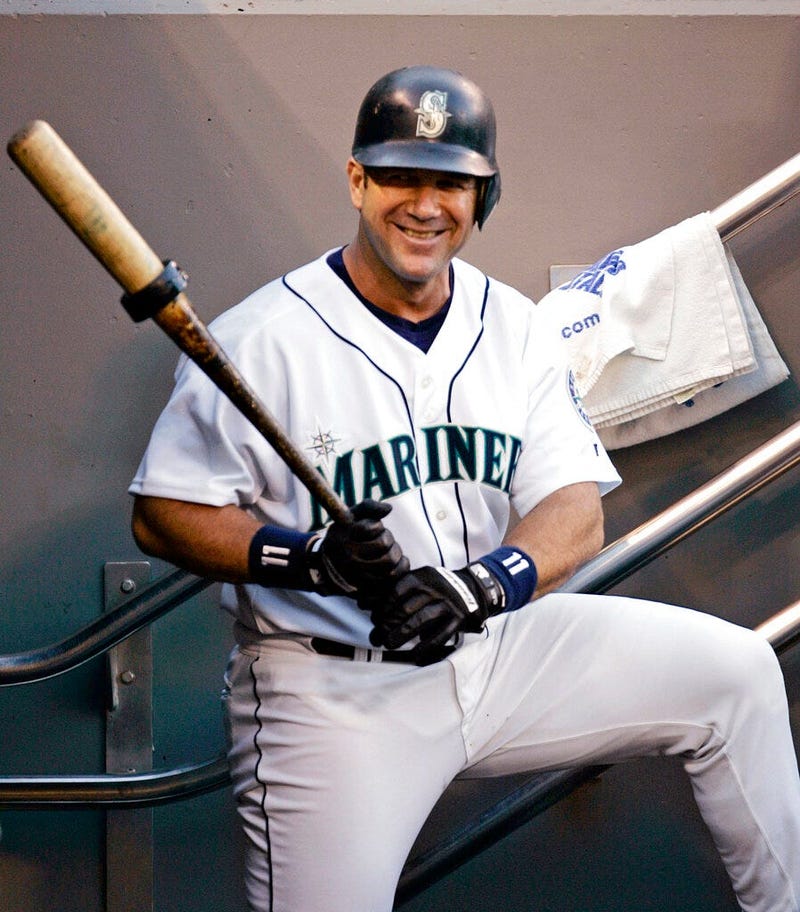 Edgar Martinez got in just as his chances were running out, meaning baseball's Hall of Fame will have yet another designated hitter. Three pitchers are in the newly elected class, too, including one whose credentials weren't good enough in the decade his name came before baseball writers.

Harold Baines will also be inducted with Lee Smith this summer, but don't blame writers for that. A 16-member veterans committee that included Baines' biggest backer — White Sox owner Jerry Reinsdorf — decided last month that Baines and Smith should go in because, well, the Hall of Fame apparently needs more players.

It now has more, a half dozen more if you're keeping score at home. The most hallowed of halls is becoming a very welcoming place, thanks to an accommodating committee and members of the Baseball Writers Association of America who are swayed more and more by the advanced metrics that define the game today.

In keeping with full disclosure, I'm one of those 425 writers. My ballot went public Tuesday along with others who didn't disclose their picks in advance, as about half of those voting did.

Along with everyone else, of course, I voted for Mariano Rivera. There was no reason not to pick baseball's greatest closer, and he was rewarded with the first unanimous ballot since Hall of Fame voting began in 1936.

Rivera's the best of the best, with five World Series titles and more saves than anyone who has ever pitched. His advanced metrics are off the charts, but here's a stat I like best: Rivera retired the side in order in 229 of his 491 three-out saves, according to the Elias Sports Bureau.

Good cases can also be made for the other inductees, who all have one stat or another that signify greatness. But at the same time baseball purists have to wonder just what defines a Hall of Famer anymore.

The case of Baines is exhibit A among those who argue for a less inclusive hall. Baines played 22 years in the bigs, mostly as a designated hitter, but never reached the 3,000-hit mark that so often defines Hall of Fame players.

More tellingly, he never finished in the top eight vote getters for MVP consideration any year he played.

Baines is as marginal as it gets, and Mike Mussina's credentials were questioned by some, too, though his 270 career wins are tied for 33rd with Burleigh Grimes on the all-time list.

The trend today seems to be to add players in bunches. And that's not necessarily a good thing for a hall that was once reserved for only the best of the best.

Baines' place in the hall can be debated, as can a plaque for any player not named Ruth, DiMaggio or Koufax. And it will be debated, because baseball's Hall of Fame remains the gold standard for all sports and baseball fans love to argue about who should be in it.

Still, six players this year, six last. In last three years, 15 players have made the Hall of Fame, bringing the total to 234 former major league players, and 331 members overall.

It may not be too many, but it's becoming too much. And it shows no signs of slowing down, even with a lack of star power in upcoming classes (Derek Jeter will almost surely be the only new player elected next year).

That's partly due to the influence of advanced stats that can be used to promote candidacies, along with an influx of voters from a younger generation of BBWAA members. We saw that with Martinez, who was the beneficiary of an election campaign that got him in on his last year of eligibility.

It's also partly due to voters loading up their ballots. The ballot allows for 10 votes and the average number of players named on early public ballots was 8.7.

You can't tell me there were 10 players deserving of the Hall of Fame this year or any other. I personally voted for six, and thought that was high.

Still, I can live with most of the selections, though I wouldn't have voted for Baines or Smith. They got in because of a veterans committee that offers second chances to players the baseball writers reject for 10 years.

But I'm a bit worried about next year. That's when voters will put their X next to Jeter's name and then go searching for others to fill out the Hall of Fame class.

That likely means more votes for Barry Bonds (59.1 percent) and Roger Clemens (59.5), who will be in their eighth year of eligibility. Thankfully, other known PED users haven't yet gotten the magical 75 percent, but the trends are moving in their direction.

It also means Curt Schilling (60.9 percent) will receive more votes, and I don't view him as a Hall of Famer for more than one reason.

There's nothing wrong with a good debate over who should be in and who shouldn't. That's part of the fun of the best hall in any sport.

But there's no debate that the last thing any baseball fan should want is a bloated Hall of Fame.