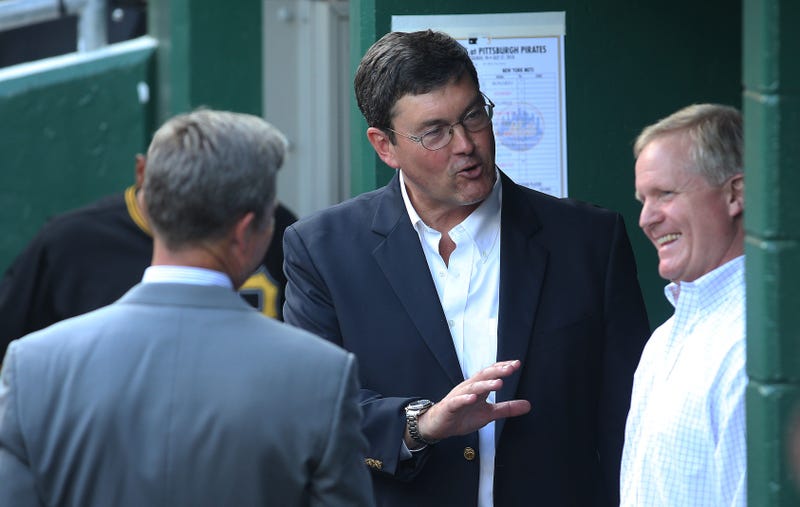 PITTSBURGH (93.7 The Fan)- The news you fear to hear was heard on Wednesday: Jameson Taillon will miss the 2020 season after undergoing a second Tommy John surgery.

Now the Pirates are left without their top of the rotation starter and have some planning ahead as to how to replace him.

MLB.com Pirates writer Adam Berry joined The Fan Morning Show Thursday morning and took us through what will realistically happen this offseason in the wake of the surgery news.

"Should they rebuild? Probably. They probably should have rebuilt before this news came down just based on what they have and the competition they're going to face going forward. That does not seem to be something they have any interest in so they are probably going to push it forward and they need even more rotation help now than they did a couple of days ago.

I just don't see them going to the free agent market and making any sort of impactful move. Will they make some sort of move? Sure. They'll sign a reclamation project, they'll take a chance on a Drew Smyly or a Michael Wacha or something along those lines.

But we've already heard them lay the groundwork for there not being a significant increase in payroll next season despite the fact that they're losing the Cervelli contract, that they've already traded Dickerson away, by talking about next year's arbitration-eligible class. There are going to be payroll increases there but it's not significant enough that it should prevent them from going to market and trying to get a starting pitcher to replace really the only guy on their staff that had that ace, #1 type potential.

It's kind of like deluding yourself into thinking they'll go get Manny Machado because they lost Jordy Mercer. It's not a thing that they're going to do is go out and sign a Gerrit Cole or Cole Hamels or somebody along those lines.

More likely you'll see them roll into next season talking about what Chris Archer's doing in the second half, what Chad Kuhl can do coming back, Joe Musgrove and Trevor Williams and the injuries Williams has dealt with this year and Musgrove's surgery and all that kind of stuff and hoping that Mitch Keller takes a giant step forward next year. Maybe somebody will be brought in to help out the back end of the rotation, kind of like they did with Jordan Lyles this year.

It's not optimistic but it's probably realistic."

What are your thoughts as you read that?

You can also hear all that Adam had to say on The Fan Morning Show, including the state of talent organizationally, below.
___Follow 93.7 The Fan: Facebook | Twitter | InstagramListen to 93.7 The Fan on the Radio.com App - Download Now