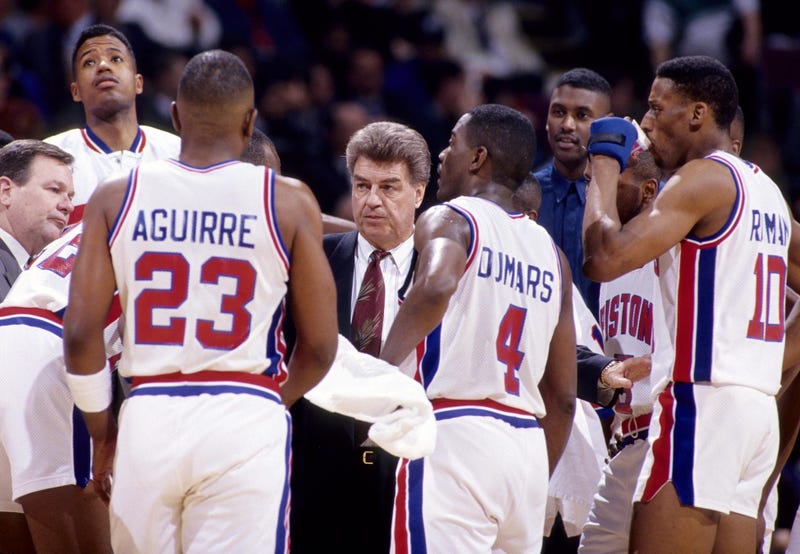 He watched not only as a basketball fan, but as someone that played in the NBA during the start of the Chicago Bulls dynasty.  And as a member of the Bulls' major rival at the time the hated Detroit Pistons.

Thomas joined the Pistons as an undrafted rookie in 1991, one year removed from Detroit's consecutive NBA championships and with the Bulls as reigning champs.  The Pistons, however, weren't ready to concede anything.

"The only thing talked about was getting to the playoffs and winning championships," said Thomas.  "There never was talk like 'man, we can't beat Mike and the Bulls.'  It was always what are we going to do to win a championship."

Today, Thomas realizes something that maybe wasn't evident at the time.

Thomas said the much-publicized hostility between Jordan and star guard Isiah Thomas (no relation) was inferred but not discussed inside the Pistons locker room.  He looks back and calls it "petty, all about competition."

Charles and his twin-brother Carl (now also a Duquesne assistant) were sharp-shooting guards for Eastern Michigan; key members of a team that advanced to the 'Sweet 16" of the NCAA tournament in 1991.

Joining the Pistons after growing up in Michigan and playing college ball not far from Detroit would be a dream come true, right?

Wrong.  That's because Thomas went to Lansing Everett High School, which years before produced a player by the name of Earvin "Magin" Johnson.

It didn't take long, however, for Thomas to change his way of thinking.

"Detroit paid me a check, and they turned into my favorite team real quick."

Thomas was the only rookie to make the Pistons roster in 1991.  He said a future Hall of Fame coach saw something in him.

"Chuck Daly taught me how to be a pro.  He was an unbelievable guy.  I have nothing but great memories."

Thomas also quickly learned what it meant to play in the NBA from veterans such as Isiah Thomas, Joe Dumars, Bill Laimbeer, John Salley and Dennis Rodman.

"I was like a kid in a candy store," Thomas said.  "I did understand that these guys I was with were back-to-back world champs. I had to step up to (their work ethic). I couldn't be in awe of what they were doing.  I had to put my head down and go to work."

He also saw a Rodman before his wild-child makeover.

"Great teammate, very, very smart individual.  He was very energetic, very playful.  He had a zest for life like a little kid. Chuck was a father-figure that Dennis didn't have.  He always treated Dennis with respect."

Thomas's playing career later took him to the Australian NBL, and he then went into coaching at the collegiate level.  In 2009, he joined Keith Dambrot's staff at Akron and  followed Dambrot to Duquesne in 2017.

"Lebron all day, every day with coach D," said Thomas, who has known James for 20 years.  That leads to an obvious question:  Michael or Lebron?

"I played against Lebron when he was 14 or 15.  The Lebron today is unbelievable and unstoppable.  I would have to give the nod to Mike, but it's hard to go against Lebron in the same breath because that man's been doing it for 17 straight years.  In any era, he would still be Lebron James.  Just like in any era Mike would still have been Mike. It's just a hard one to answer because both of the guys were such great players."

Sounds like someone's ready for the Lebron James documentary.

You can hear the entire interview below